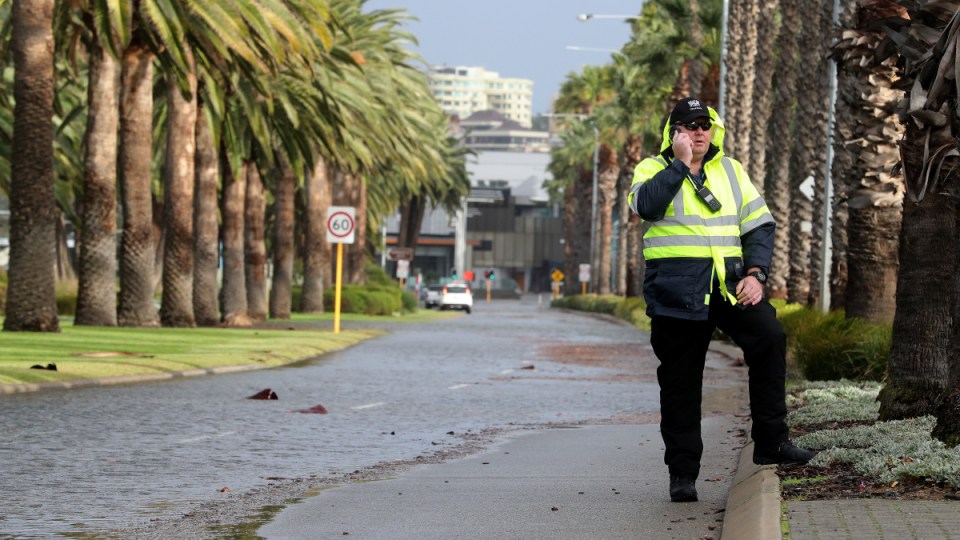 Damaging winds and heavy rain are expected to continue in Western Australia as the state’s south faces the strongest cold front of the year.

More than 400 homes are without power after the storm began to extend across Perth and surrounding regions early on Monday.

Damaging wind gusts of more than 100km/h have been forecast for a warning area spanning from Jurien Bay, 200 kilometres north of Perth, to Bremer Bay, about 500 kilometres southeast of Perth, including Perth, York, Narrogin and Katanning.

Winds were expected to ease temporarily mid-morning before returning later on Monday and persisting throughout Tuesday, the Bureau of Meteorology said.

Homes were without power on Monday morning in suburbs including Lower Chittering, Eagle Bay and Wilson.

Sustained showers and heavy rain in isolated areas could lead to flash flooding, with the heaviest rain expected to fall around the Darling Scarp, near Perth.

Higher than normal tides and dangerous surf are possible from Shark Bay, about 800 kilometres north of Perth, through to Albany, about 400km south of Perth.

They are expected to continue for several days with the potential for coastal erosion and inundation in low-lying areas such as Riverside Drive in Perth.

This is Perth’s wettest start to July since 1965, with rain throughout southwest WA above average so far this year.

A severe weather warning is likely to remain in place until Wednesday morning.