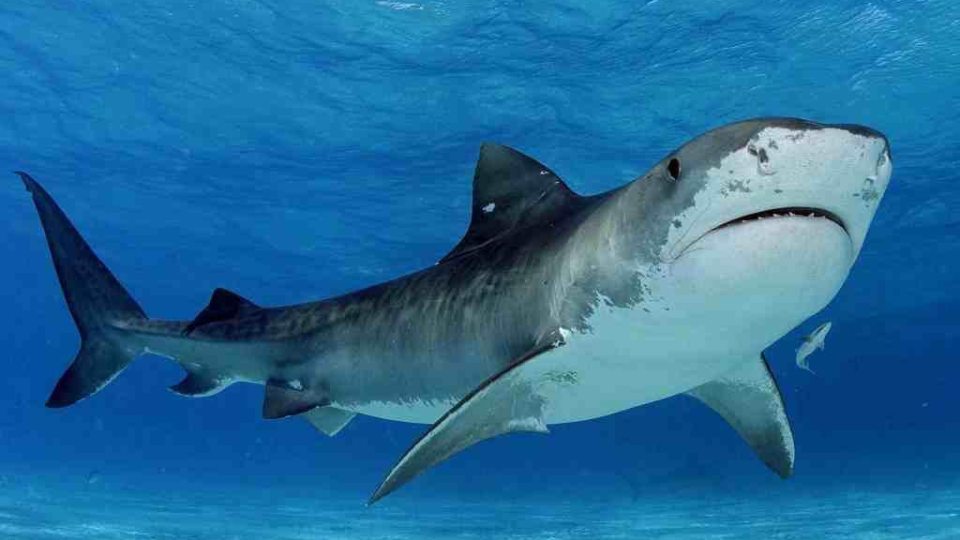 It is believed the man was attacked by a tiger shark this morning. Photo: Guy Harvey/Ocean Foundation

A man has been taken to Broome Hospital for treatment after a suspected shark attack off the Western Australian coast.

The man, aged in his 40s, was thought to have been bitten by a three-metre tiger shark at around 11am (local time) off Quondong Beach, 40–50 kilometres north of Broome.

The man, who was diving off a boat when the attack occurred, was transported to Broome’s Cable Beach, where first aid was administered.

He is believed to have suffered a laceration to his arm and initial reports suggest he is conscious and not critically ill.

“There was probably every cop in Broome just racing down the beach with the lifeguards,” a witness told Perth’s 6PR radio.

“It was all pretty cool, calm and collected, really. They just got him in the ambulance and drove off.

“He seemed pretty chill … he looked all right.”

The attack comes in the same week a man in his 50s died after being attacked by a shark at Tuncurry Beach in NSW.

The Kimberley region tourist hotspot has seen two previous shark attacks in the past six months.

Broome local Charles Cernobori was bodyboarding at Cable Beach when he was bitten by a bull shark and died from his injuries in November.

Less than a month later, authorities were forced to close the popular stretch of beach again after a surfer’s board was bitten by a shark.

WA Police and local rangers are monitoring the waters around Broome, but Cable Beach will not be closed.

Authorities have advised anyone in the area around Quondong and Willie Creek to take additional care in the water, urging people to notify Water Police in the event of any further shark sightings.

Diver attacked by a shark off WA beach