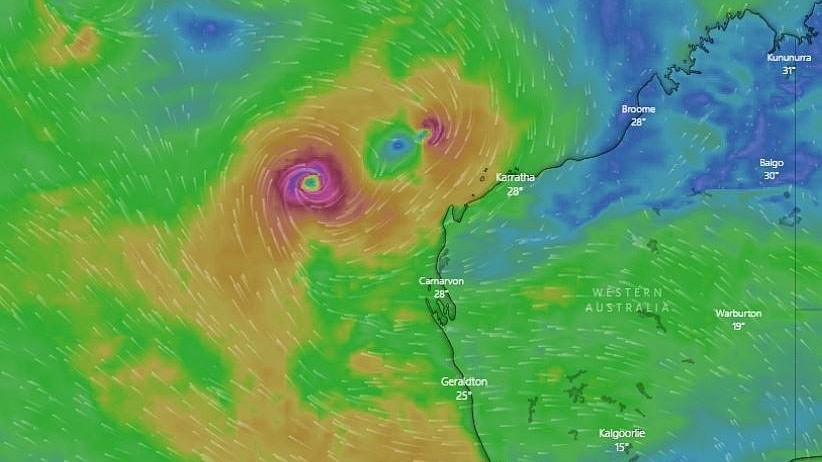 Communities in Western Australia’s Mid-West and northern coastlines are on alert amid two cyclones off the coast, with Tropical Cyclone Seroja strengthening overnight.

Cyclone Seroja is 730 kilometres north-west of Carnarvon and is expected to intensify to the south-east before making landfall late Sunday or early Monday between Carnarvon and Jurien Bay.

A second system, ex-Tropical Cyclone Odette, is north-west of the Pilbara coast but is expected to weaken later today.

“That’ll make it cross the coast somewhere between Carnarvon and Jurien Bay, perhaps in the Kalbarri [or] Geraldton sort of area late Sunday into Monday and gusts up to 150 kilometres an hour,” he said.

“It may reach category three today but may weaken just slightly before it crosses the coast but still remains quite a dangerous system. Heavy rainfall and some flash flooding is likely with that system.”

Mr Pusey said travellers in the north-west of the state who plan to head south — along with those considering heading north from Perth — should reconsider until after Seroja had made landfall.

“I wouldn’t be thinking about that until well after it’s crossed, so it will be early next week and I think there will be some road issues with the heavy rainfall through there.”