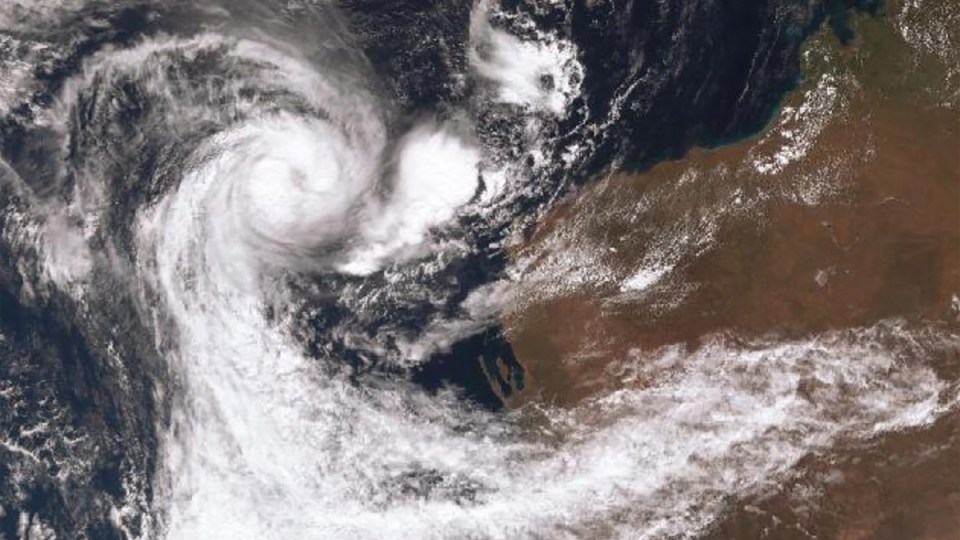 A red alert calling for a 300km-stretch of coastline between Kalbarri and Carnarvon was raised by the Department of Fire and Emergency Services on Sunday.

The ‘category two’ storm is packing destructive winds of up to 150km/h and could further intensify before it crosses the coast, the impact moment estimated as of late Sunday after to occur around 11pm local time.

“There is a threat to lives and homes. You are in danger and need to act immediately,” the agency said in a statement. 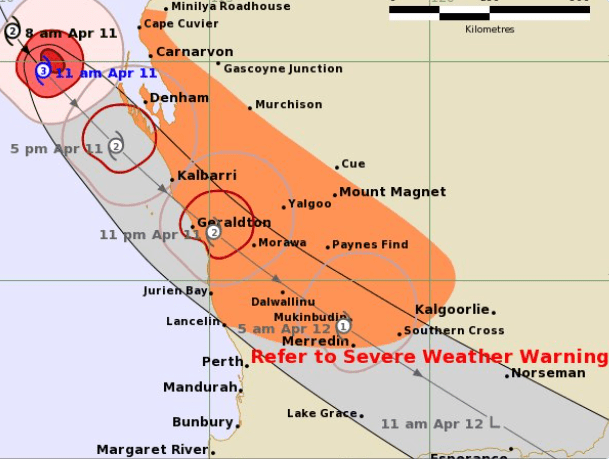 Residents of Denham and Kalbarri are likely to experience gales and destructive winds and if Seroja tracks south, Geraldton may also be impacted.

Shark Bay Shire executive manager of community development Debbie Wilkes said low-lying areas of Denham, a coastal town in the path of Seroja, have battened down the hatches.

“The town has been secured, the evacuation centre has been opened and we’re currently on red alert,” she told AAP.

The tiny Dirk Hartog Island Eco Lodge is set to face the brunt of the storm with phone lines already knocked out.

Operations manager Casey Hill is staying to look after the facility and she expects to lose power.

“We’ve locked all the doors at Sunday Island Bay house and turned the radio on,” she told AAP via email.

“Wind is starting to pick up now and we’re likely to lose all communication and power.”

About 70km southwest, the Nanga Bay Station Resort and Caravan Park is on higher ground, but staff are still wary about a potential storm surge and destructive winds.

Park manager Keith Grocock said staff used a tractor to build up sandwalls on vehicle tracks leading to the beach to protect the site from any storm surge.

“We’ve got a bit of a skeleton crew of people that are just hanging around for the clean up, we’re expecting branches down and things all that.

“Hopefully that’s the worst it, hopefully we don’t loose any rooves or anything like that.”

The WA Country Health Service said Geraldton Hospital will continue to treat emergency patients during the cyclone, but all other appointments have or will be cancelled.

Authorities have warned that Seroja could also bring damaging wind gusts and floods to inland areas with the shires of Northampton, Chapman Valley, Morawa, Greater Geraldton, Mingenew, Three Springs, Perenjori, and the towns of Mullewa, Coorow and Carnamah told to make preparations.

The Bureau of Meteorology has issued a flood watch for the Wooramel, Murchison, Greenough,Yarra Yarra Lakes, Moore, Hill and parts of the Salt Lake District and Avon River catchments.

A severe weather warning has also been issued for Monday for parts of the Greater Perth, Goldfields-Midlands, Great Southern, Midwest-Gascoyne regions.

“If you live in South East Coastal and parts of Goldfields, Eucla, Great Southern and Central Wheat Belt districts you need to get ready now for the severe weather coming tomorrow,” the emergency warning says.

“This is a rare weather event for people in southern and eastern parts of Western Australia.”