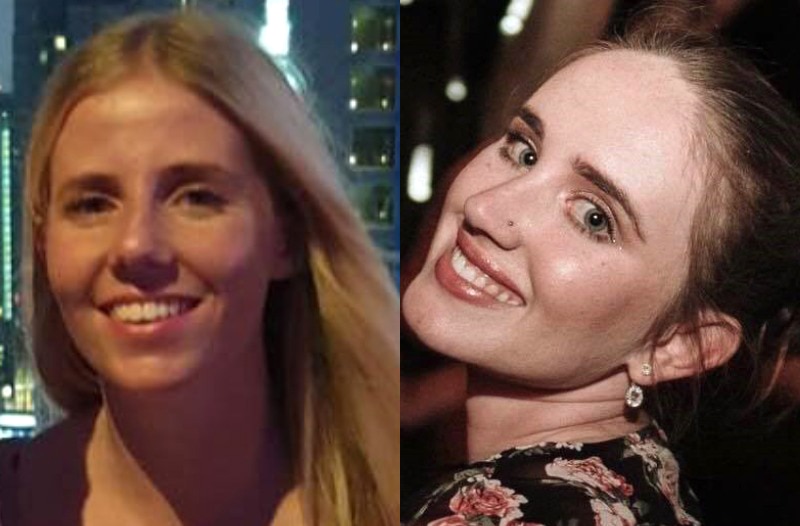 Lauren Prothero (left) and Paige Ward died when their car was struck at a Cooloongup intersection. Photo: Facebook

A repeat drink-driver who killed two best friends when he sped through a red light at a major Perth intersection has been sentenced to 11 years in jail for what a Supreme Court judge described as a “horrific incident” caused by his “egregious conduct”.

Shane Bradley Pearce, 50, had spent 10 hours drinking on May 29 last year when he got behind the wheel of his four-wheel drive and drove at more than 120 kilometres an hour through a Cooloongup intersection and slammed into a car carrying Lauren Prothero and Paige Ward, both 27.

Ms Prothero was driving and was turning right on a green arrow.

Pearce was not injured and nor was his passenger, who the Supreme Court was told had yelled at Pearce to warn him about the red light he was approaching, but he did not slow down.

His speed when he went through the intersection was calculated to be 123 kilometres an hour — more than 40 kilometres above the speed limit.

The Supreme Court was told that immediately after the collision, Pearce became aggressive towards witnesses and police, with State Prosecutor Robert Owen noting that he did not offer any assistance to his two victims, or even enquire about their welfare.

Justice Bruno Fiannaca highlighted Pearce’s behaviour, contrasting it to what he described as the “conscientious and heroic efforts of other concerned citizens” who tried to help the women.

“You made no attempt to render any assistance,” he told Pearce.

“Your conduct after the crash was reprehensible.”

Pearce’s record of numerous drink driving offences was also detailed, and it was revealed at the time of the crash his licence was suspended after he was caught driving in excess of .05 seven months earlier.

Pearce’s lawyer, Paul Holmes, maintained his client was genuinely remorseful, submitting that he pleaded guilty at an early opportunity because he did not want to drag out the case for the sake of the victims’ family and friends.

Mr Holmes described the crash as “a watershed moment” for his client, who he said had vowed never to touch alcohol again.

Justice Fiannaca told Pearce he had committed “an act of gross negligence with reckless disregard for the safety of others”.

“It has profound consequences for the family, friends and colleagues of two women whose promising lives were cut short,” he said.

Justice Fiannaca described as “heart-wrenching reading” the victim impact statements provided by the families of the women.

Ms Prothero was a physiotherapist and Ms Ward a special education teacher, and both women had done extensive charity work.

Ms Prothero’s father, John, who was in court for the sentencing, described having his heart broken, saying his daughter was the only person who was important in his life.

Outside the court, Mr Prothero said the love and affection he had with Lauren had gone “in a flash”, saying the sentence imposed was not something he wanted to dwell on.

“I’m not really an angry person. The main thing for me is my daughter’s not here anymore — what he gets, I’ll let the State worry about that,” he said.

However, Mr Prothero said he would like some sort of system introduced whereby repeat drink drivers were not able to get behind the wheel.

“If someone’s such a serial offender, why can’t we organise some way, whereby he’s either deterred from driving at all, definitely drink-driving?,” he said.

“I’d like to think about it and help with an answer, but I don’t know what it is.”

“He says ‘I don’t expect the community to forgive me or even accept my apologies. I can only hope that people will learn from my mistakes [from] this horrible tragedy’.”

Pearce will serve nine years in jail before he can be released on parole.

His driver’s licence was also disqualified for 10 years, dated from when he is released.

With time already served, Pearce will first be eligible for release in 2029.