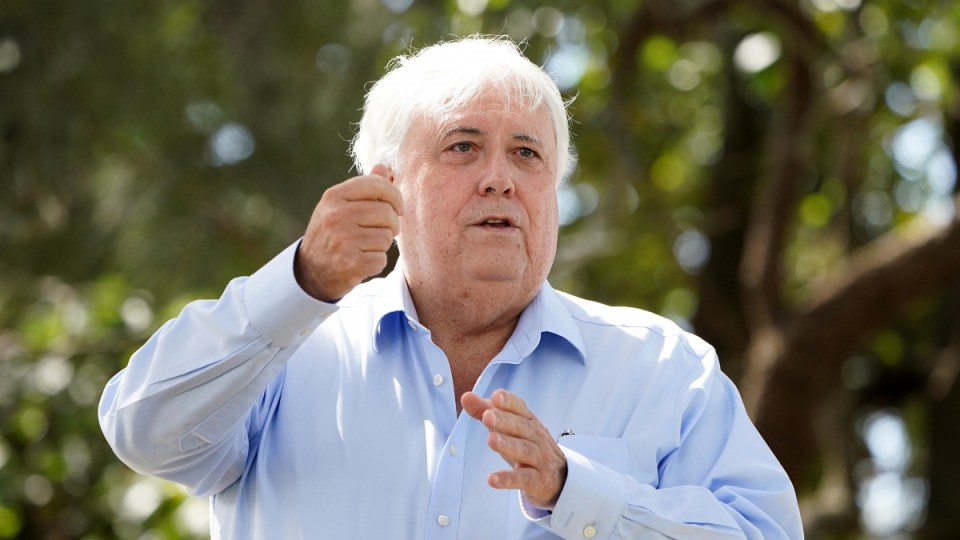 It’s hard to imagine a more serious purpose for closing Western Australia’s border than for the coronavirus pandemic, the High Court has been told.

WA solicitor-general Joshua Thomson argues the border closure is necessary to reduce the risk of coronavirus.

Mr Palmer’s legal team has argued the closure was overreach, limiting freedom of movement allowed under the constitution.

His lawyers said the measure wasn’t reasonably necessary to stop the reintroduction and spread of coronavirus.

But Mr Thomson pointed out Mr Palmer did not dispute protecting the health of the WA public was a legitimate purpose.

“It is a set of tests that ensures the burden imposed for a particular purpose is of the lowest, minimum amount because constitutional freedom shouldn’t be trampled upon without justification,” he told the court on Wednesday.

“It is hard to imagine a situation where there is a more serious legitimate purpose in the circumstances.

“The pandemic is one where (the virus) spreads without detection in people who are asymptomatic and it has the ability to kill people.”

Mr Thomson noted WA’s Indigenous population and remote communities were at high risk of the virus, while the mortality rate was as high as three per cent for older Australians.

State attorneys-general have intervened in the case, arguing the WA directions do not breach the constitution.

The ACT pointed to the effectiveness of restricting people travelling from Victoria when the state was grappling with an outbreak.

The federal government pulled out of the case in August.

Mr Palmer launched the action earlier this year after being refused entry to Perth.

Premier Mark McGowan has announced WA will reopen to all states and territories from November 14, with some restrictions remaining for residents of NSW and Victoria.

Mr Palmer’s team argues a hotspot system is a practical alternative to the border closure, substantially reducing the risk of taking coronavirus across state lanes.

But Mr Thomson said that approach was less effective, as were social distancing and wearing masks.

In June, High Court Chief Justice Susan Kiefel remitted part of the matter to the Federal Court for trial.

Federal Court Justice Darryl Rangiah found the border restriction was the most effective way for WA to deal with the coronavirus.

Pandemic the most legitimate reason for closure: WA