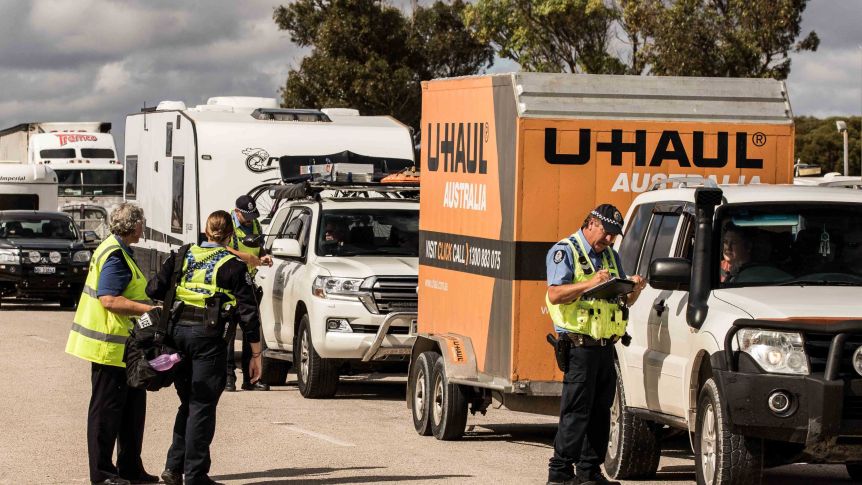 Western Australia’s hard border may be softening, but there are still rules in place and those rules will differ depending on where you are coming from and where you have been in the past two weeks.

The shift to a “controlled” border represents the first easing of the state’s hard border since it was introduced in early April, so what does this mean for you?

Well, the good news is that under the new regime, travellers from all states will be allowed into Western Australia without the need to seek approval.

But things get a little more complex from there, and could still change quickly if the level of community transmission increases.

I’m from a ‘very low risk’ state or territory

If you are from a state or territory deemed to be very low risk, you will be allowed to enter WA from Saturday, November 14 after completing a G2G Pass declaration.

You will need to state you do not have any COVID-19 symptoms and declare which jurisdictions you have been in over the 14 days prior to your arrival in WA.

Those very low risk states and territories are jurisdictions in which there has been no community transmission for 28 days.

What will happen when I get to the airport?

All travellers arriving at Perth Airport will undergo a health screening and temperature test on arrival.

You must also be prepared to undertake a COVID-19 test at an airport clinic if deemed necessary.

Voluntary asymptomatic testing will also be available for all airport arrivals.

If you are arriving by land, you will be met at the border checkpoint for your health screening and have your G2G Pass declaration checked.

I’m from NSW or Victoria. Are there extra rules for me?

Yes, if you are coming from New South Wales or Victoria, you will still need to self-quarantine for 14 days in a suitable approved premises, and present for a COVID-19 test on day 11.

You will also be subject to the same G2G registration and health screening processes at Perth Airport as all other travellers.

But when your states notch up 28 days of no local transmission, they can be deemed very low risk by health authorities and can move into the no-quarantine category.

I’m from WA, what happens if I leave and want to return?

When the changes come into effect, you will be able to travel interstate for a holiday, but when you return you will still be required to fill out the G2G declaration.

You will also be required to self-quarantine on return if you have travelled to New South Wales or Victoria.

However, travellers are being warned that WA remains in a State of Emergency and the situation has the potential to change rapidly, potentially leaving locals temporarily locked out of the state.

Is this the end of the state’s hard border?

Not necessarily, hard border restrictions could be re-imposed if infection rates rise again.

The Chief Health Officer is closely monitoring community transmission in other states and territories and will advise the WA Government if any changes to the borders are required.

He has recommended a 14-day rolling average of less than five community cases per day in each state and territory — a standard currently being met in each jurisdiction — be required before progressing to the new border controls.

A community case is one which comes from an unknown source, or where the infected contacts were not in quarantine.

What restrictions still remain in WA?

There are also still restrictions around remote Aboriginal communities.

Western Australians are encouraged to continue to maintain physical distancing where possible along with good personal hygiene.

Local businesses and venues are expected to update and maintain their COVID safety plans and embrace COVID-safe principles.

What does this mean for Clive Palmer’s court case?

We don’t yet know exactly what this means for Clive Palmer’s High Court challenge to the hard border.

Mr Palmer’s argument centres on section 92 of the constitution, which allows for free movement of people and trade between the states.

Although under the controlled border, Mr Palmer will be permitted to enter WA from Queensland, he will still be locked out of the state next week when the case is set to be heard in the High Court.

Associate Professor at the Australian National University, Amelia Simpson, said the easing of the WA borders does not change Mr Palmer’s position in the case.

“Before that point, Clive Palmer probably had a reasonable argument that the border restrictions were unnecessarily harsh.”

“After seeing what happened in Victoria and other parts of the world, many more people have come around to the view that it’s not that crazy to want to protect your citizens in such a dramatic and hard-edged way,” she said.