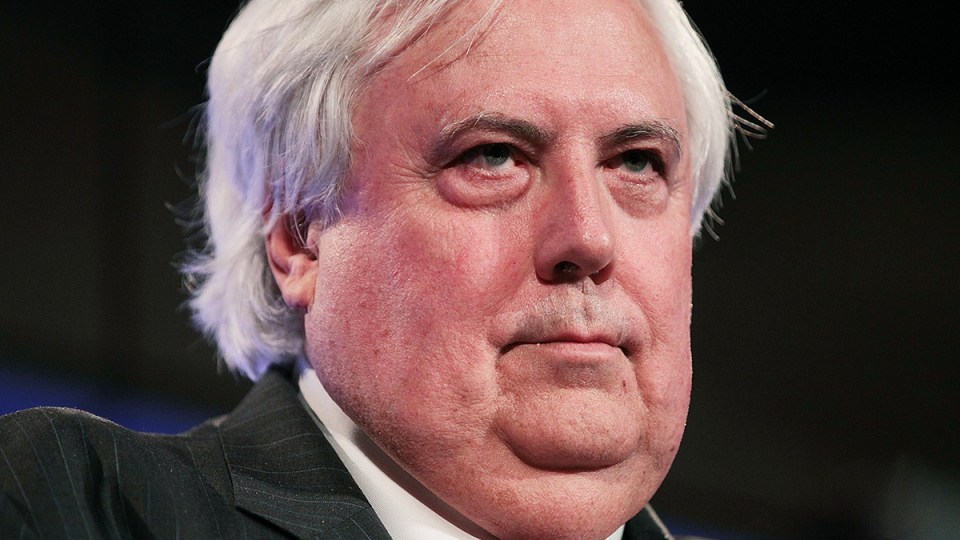 Mining billionaire Clive Palmer and his company Mineralogy are suing the WA government for nearly $30 billion in relation to the Balmoral South iron ore project in the Pilbara region, the state’s Attorney-General says.

The WA government has introduced urgent legislation into State Parliament in an attempt to prevent the damages claim, which amounts to the state’s entire annual budget.

Attorney-General John Quigley told Parliament the mining magnate and his companies are seeking damages and losses associated with the iron ore project in the region.

Mr Palmer’s proposal was rejected in August 2012 by the then government, specifically by the former State Development Minister who is also the ex-Premier Colin Barnett.

Mr Palmer and his companies allege they suffered enormous financial loss, including damages, interest and costs because they were unable to sell the project to a Chinese company as a result of decisions made by the state over the past decade.

The McGowan government’s bill seeks to protect Western Australia from damages to the tune of $30 billion, or $12,000 for every man, woman and child in the state.

“Even if Mineralogy and International Minerals succeeded in a fraction of their damages claim, this would have serious financial consequences for the State of Western Australia and Western Australian,” Mr Quigley said.

Legislation will be urgently debated

An ongoing arbitration claim between the state and Mr Palmer over the proposal has never been resolved.

That case was due to be heard on November 30, with Mr Quigley admitting there was no guarantee WA would win.

It is the reason the government has urgently brought forward the legislation to effectively terminate Mr Palmer’s legal action.

“The government is taking steps to protect the state from the rapacious nature of Mr Palmer,” Mr Quigley said.

The legislation is due to be urgently debated on Wednesday, with the government urging opposition parties to give it bipartisan support.

Mr Quigley admitted the legislation was “unprecedented” but denied it represented sovereign risk or an unreasonable intervention in a standing state agreement.

“The McGowan government accepts this bill is unprecedented … but Mineralogy and Mr Palmer are not normal,” Mr Quigley said.

“The state needs these measures to best protect its interests.”

It is the latest escalation of the ongoing feud between Mr Palmer and the McGowan government, which has been in clear public view for years.

Most prominently, Mr Palmer is taking High Court action against WA’s interstate border closure — arguing it is unconstitutional, prompting the Premier Mark McGowan to claim the state was “at war” with Mr Palmer.

WA has also had disputes with Mr Palmer over his joint-venture mining operations with a Chinese entity, at one point threatening to intervene with legislation to restrict Mr Palmer’s rights.

In a tweet on Wednesday morning, he questioned the timing of the WA government’s urgent legislation.

“The actions of the WA state government to pass legislation against me is an act of intimidation because I exercised my right to challenge a decision that is unconstitutional,” he said.

“The legislation they have passed to try and stop me and my company has been done a week after the Premier declared war on me and declared me an enemy of the state.”

WA tries to head off $30b Palmer action with emergency bill