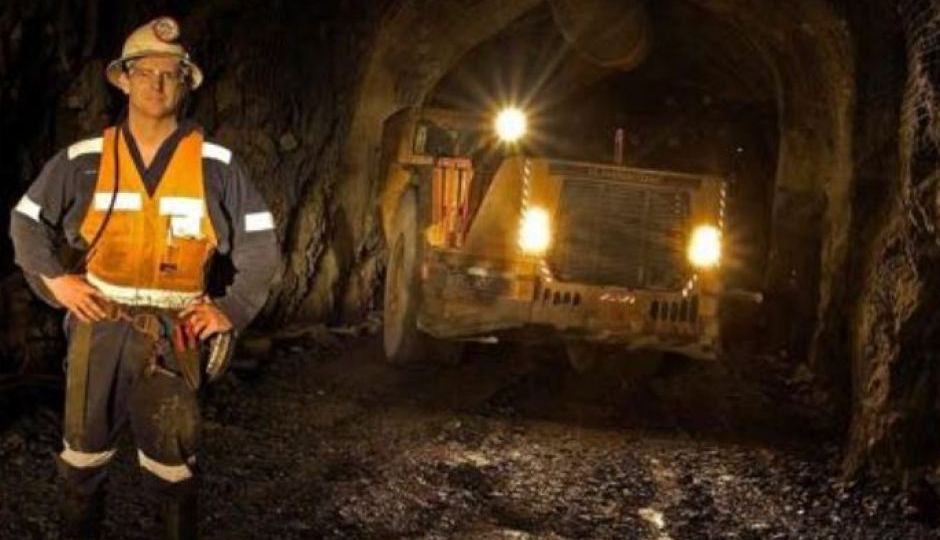 A worker underground at the Frog's Leg gold mine near Kalgoorlie-Boulder in Western Australia. Photo: Evolution Mining

Workers were evacuated from an underground mine in Western Australia’s Goldfields after more than 100 seismic events were recorded in a single day, amid fears of a major earthquake.

While operations have returned to normal at the Frog’s Leg mine, 20 kilometres west of Kalgoorlie-Boulder, the future of one of Australia’s most profitable gold mines appears to be on shaky ground with declining ore reserves.

The ABC understands workers were ordered out of the mine on Thursday last week as a precaution and there was another significant after-shock on Friday.

It is understood the mine owners, Sydney-based Evolution Mining, set up exclusion zones to prevent workers from accessing certain parts of the mine.

A spokesman for Evolution Mining said the company noticed “increased seismic activity” but production was not affected by the temporary closure.

The tremors were not big enough to be picked up by Geoscience Australia’s monitoring equipment, but that is not unusual given most mine sites employ sensitive equipment to keep track of ground conditions.

Frog’s Leg was discovered in 1999 and was mined as an open pit from 2004 until heading underground in August 2007.

The mine has produced close to one million ounces – the equivalent of about $2.2 billion at today’s near-record gold price – and now extends about 750 metres below the surface.

Frog’s Leg was made famous in 2012 as Victoria Cross recipient Daniel Keighran was working there as a truck driver and shot firer when he was told he would be awarded Australia’s highest military honour.

The Frog’s Leg deposit sits along what geologists call the Zuleika Shear Zone, which has the 7-million-ounce Kundana mine camp at its heart.

While the geological setting is renowned for producing some of Australia’s highest-grade gold mines, it is equally well known for being seismically active and for difficult ground conditions.

In March 2014, as gold miner Northern Star Resources was finalising its acquisition of the neighbouring Raleigh mine as part of a $75 million deal, the underground operation was struck by a 4.6-magnitude earthquake.

Multiple levels collapsed at Raleigh and several workers would have been trapped if they had not returned to the surface for a scheduled explosive blast.

It took months of rehabilitation work installing additional ground support before miners could re-enter parts of the Raleigh mine, which is still operating.

A spokesman for Northern Star said its operations were not impacted by the latest seismic activity.

Tremors for the 30,000 residents living Kalgoorlie-Boulder are also nothing new, although sometimes they can be confused with the daily blasting which occurs at the Mount Charlotte underground mine and typically shakes the Kalgoorlie CBD around shift change.

The biggest earthquake ever recorded in Kalgoorlie-Boulder registered at 5.0 magnitude in April 2010 and caused widespread damage throughout the Boulder CBD.

Mine reserves on last legs?

Evolution Mining ranks as Australia’s third-biggest gold miner with six operations around the country – the biggest producer is its Cowal operations in New South Wales.

The miner acquired Frog’s Leg in 2015 as part of a deal worth more than $300 million with Egyptian billionaire Naguib Sawiris, who controlled previous owners La Mancha Resources.

Analysts have been asking questions about the mine life of Frog’s Leg for years.

At the Diggers and Dealers Mining Forum in Kalgoorlie-Boulder in August last year, Evolution flagged the end of mining at Frog’s Leg in 2020.

As of December 31, Frog’s Leg had 177,000 ounces in ore reserves, according to Evolution’s annual estimate, which was released to the stockmarket in April.

At current production levels, that equates to about two years’ mine life.

Despite the declining ore reserves, there is still hope for new discoveries which could extend the mine life.

Up to $20 million is being spent on exploration at Evolution’s Mungari operations near Kalgoorlie-Boulder this financial year, including a substantial spend at Frog’s Leg.

Drill rigs from the surface and underground sunk 22 holes into the Boomer prospect in the September quarter, hitting high-grade veins containing visible gold.

Evolution’s vice president of discovery and business development, Glen Masterman, said it is still “early days” for the Boomer discovery but significant exploration work is being planned.

The development of an underground drilling platform is also being considered to better define the size of the discovery.

“One of the things that gets me excited about this target is the potential for shoots to extend down, plunge and potentially coalesce at depth in a similar fashion to the way they do at Frog’s Leg,” Mr Masterman said.

“The largest pod of mineralisation delineated to date is located 300 metres from the nearest hanging-wall development drive at Frog’s Leg.

“What we’re doing is confirming confidence around the pods of mineralisation as we currently know them, but we’ve also got a step-out program under way to understand the full scope and size.”