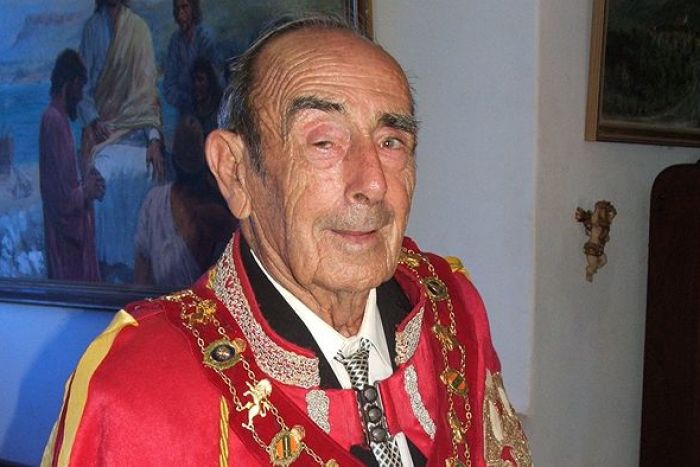 Self-proclaimed sovereign Prince Leonard died in February, aged 93. He had famously founded the micro-nation of Hutt River in WA – and battled the Australian Tax Office for years over millions in disputed taxes. Photo: ABC

Known as “Prince Leonard”, he decided to secede from Australia and form the principality of Hutt River in 1970 after a stoush with the State Government over wheat production quotas.

He was locked in a legal battle with the Australian Taxation Office for a number of years, but in 2017 was ordered to pay $3 million in income tax.

Prince Leonard had been suffering emphysema and ‘abdicated’ to his son Graham two years ago.

He was admitted to hospital over the weekend with a lung infection and died early this morning.