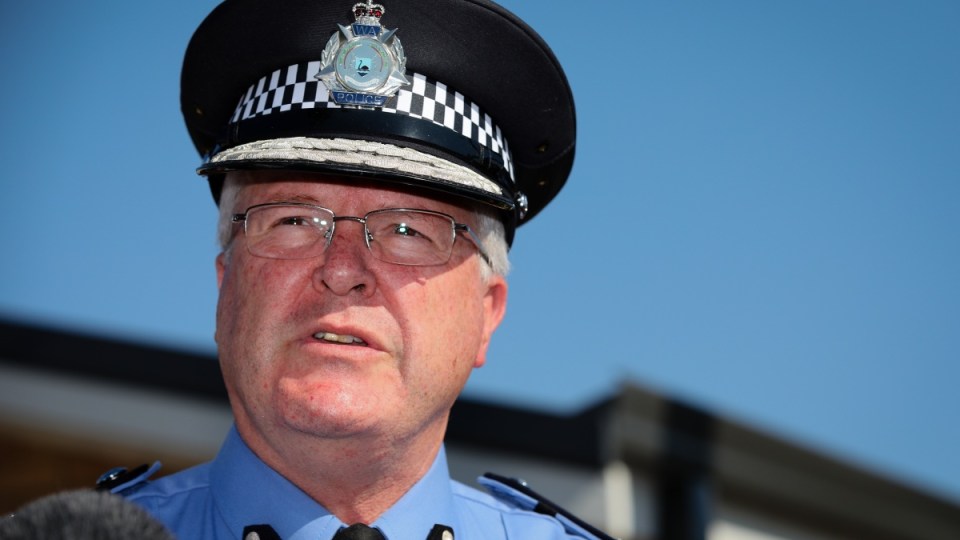 WA Police Commissioner Chris Dawson has apologised for the force's past failures.

Western Australia Police Commissioner Chris Dawson has formally apologised for mistreatment of the state’s Aboriginal people at the hands of police.

Mr Dawson used a NAIDOC Week speech to acknowledge the “significant role” of police in contributing to a traumatic history of Australia’s Aboriginal and Torres Strait Islanders, which he said continued to reverberate today.

“Today on behalf of the Western Australian police force, I would like to say sorry to Aboriginal and Torres Strait people for our participation in past wrongful actions that have caused immeasurable pain and suffering,” the commissioner said.

The forceful removal of Aboriginal and Torres Strait Islander children from their families and communities, the displacement of mothers and their children, sisters, fathers and brothers, the loss of family and resulting destruction of culture has had grave impacts.”

He said while the past could not be changed, it could be learned from.

“We can make amends and ensure mistakes are not repeated,” Commissioner Dawson said.

“From this day forward, and in my time as Police Commissioner, I will take steps to heal historical wounds between police and Aboriginal and Torres Strait Islander people.”

Commissioner Dawson said he hoped the apology would be another step toward repairing relations and working to reduce the significant overrepresentation of Aboriginal people in the justice system, and noted some of the good work done by youth diversion programs.

The commissioner pointed to the relationships built in the northern WA town of Wyndham between police and the local community as an example of how things could be.

“The rapport built between police and Aboriginal youth is now so good in Wyndham, a senior elder told me only last week that Aboriginal children are now running toward police as their friend and protector, rather than running away,” he said.

Aboriginal advocate Mervyn Eades said he hoped the apology paved the way for improved relationships between police and the Aboriginal community.

“I’m really surprised because of the culture that has been around in the police force for a long time but, you know what, it is a way forward and it’s a great step forward so we can build these relationships,” he said.

Carol Roe is the grandmother of Aboriginal woman, Ms Dhu, who died in police custody in South Hedland in 2014.

She told ABC Radio Perth she was insulted she had not been invited to today’s ceremony but said she welcomed the apology and hoped it would lead to real change.

“I think we’re all humans. We all bleed the same and that’s what they need to remember,” she said.

“We are the oldest nation’s people in the world. Why don’t we get treated like that? It’s unbelievable. It’s time for changes.”

Aboriginal Legal Service chief executive Dennis Eggington said the apology was a positive step towards improving relations between police and the Aboriginal community.

He said repairing that relationship would go a long way towards reducing discrimination and intolerance in the wider community.

“Everyone looks to the police as upholders of law and justice and to protect and serve. It’s in the fabric of society in the way people think with this terrible relationship. But if we’ve got our top cop up there saying it’s not good enough, then that’s a clear message to the whole community,” he said.

“Commissioner Dawson is smart enough to know that we’re overrepresented in the justice system, not because we’re more criminal, but because of social manipulation, discrimination and not having proper relationships, which we should have had from very early days.”

Mr Eggington said the apology was a brave move by Commissioner Dawson and he was hopeful the sentiment would resonate among the rest of the police force.

Kununurra Waringarri Corporation chief executive Desmond Hill said it was good to see someone step up.

“I think having a heavy emphasis on racism, it’s taking too much on board for himself (Commissioner Dawson),” he said.

“I think it’s not his fault. It’s more through ignorance from the parents and the past that they were never taught or understood Aboriginal people, so they’re working with the unknown.”

He said officers were sometimes sent to remote areas where they engaged with Aboriginal people for the first time and he urged police to make sure those officers could access cultural training.

“I met some really good police. I met some who are really not sure. I’ve come across racism most of my life and a lot of it is just through ignorance. People just don’t know what they’re dealing with, so they deal with it forcefully,” he said.

“It’s quite easy to say well, ‘Let’s go forward’, but when you look at the history and the massacres and it’s still in people’s minds.

“So for them to get away from it, we have to work on this next generation. And the police have to be involved with our programs so the kids do learn to trust them, that they’re not there to lock them up, take them away, anything like that.”

During the ceremony the Aboriginal and Torres Strait Islander flags were raised outside police headquarters in East Perth for the first time.

WA police apologise to Aboriginal people for past mistreatment