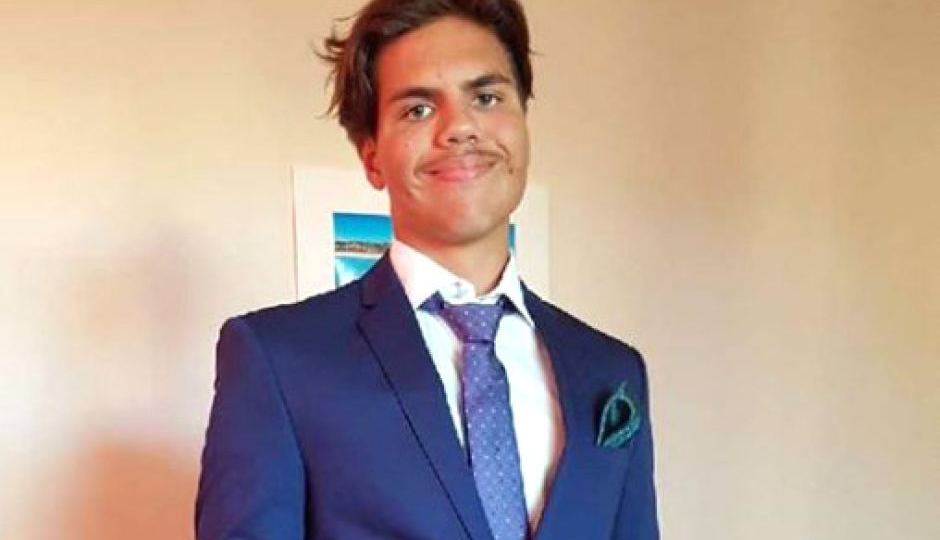 Jaylen Garlett was trying on shirts in a Myer fitting room when security guards were called. Photo: Facebook

Department store Myer has been accused of racial profiling after staff called security guards to conduct checks on a teenage Aboriginal boy while he was shopping at its flagship store in Perth’s central business district.

Jaylen Garlett, 16, was shopping with his father, Shem, for a shirt for his school ball on March 8 when his father briefly left him alone in the change rooms to make a phone call.

Shem Garlett said while he was on the phone he heard a call over the store’s intercom for security to attend the men’s fitting rooms.

“Since my son was in the fitting room I made my way there to see if he was OK,” he said in a Facebook post.

“As I neared the fitting room the staff from the nearby service desk had gathered. I asked the lady at the service desk if everything was OK.

“She told me that there was a boy unaccompanied in the change rooms that didn’t have anything to try on so she called security.

“I advised the lady that she had called a security alert for my son and explained he was alone in the change room because he was waiting for [the assistant helping him] to get another shirt for him to try on.

“She seemed stunned so I asked her why she called security for my son.

“She told me that last week a purse was taken from the service area, expecting me to understand.

“I then explained to her that this is not the first time he’s had security called on him and it is for this reason I don’t allow him to shop in Myer or David Jones alone.

“I suggested that she was racially profiling as the only thing she would have noticed was a young Aboriginal man, in her mind, appearing to be in the wrong place.”

Mr Garlett said the sales assistant, who made the panicked call for security, did not witness any crime being committed, but 10 staff had converged on the change room within 30 seconds.

“This was a full-scale security call and to me it was an over-reaction,” he told ABC Radio Perth.

He said the staff looked confused and embarrassed when they saw the original sales assistant accompany them to the counter to pay more than $200 for the shirt and accessories.

Mr Garlett said the incident upset him greatly and his son had been shocked.

“Because all they [Myer staff] had to go on is his appearance and the fact that he was not being served,” he said.

“That’s when I did become quite upset and quite embarrassed, especially with the scene and the other customers looking at me.”

Myer has since met with the family and issued an apology for the incident.

“Myer is committed to equality, diversity and inclusion across our stores and workplaces and we want our customers to feel welcome and safe shopping with us irrespective of gender, background or sexuality,” a spokesman for the store said.

“Myer has looked into this matter, which came about due to a misunderstanding between team members when the customer entered the change rooms without any clothing items. There were no other factors involved.”

Mr Garlett said it was not an isolated incident and many of his Aboriginal friends and family have shared similar experiences.

He said he was considering making a formal complaint of racial discrimination to the Equal Opportunities Commission.

“They report they are the subject of surveillance in shopping centres purely on the basis of Aboriginality and race,” she said.

“I have also experienced some situations in shopping centres that I don’t think would have happened if I was a white person.

‘It most likely that this is not a case of deliberate or conscious bias on the part of shopping centres or security guards, but unfortunately racism is still embedded in society.

“Myer is a wonderful shopping centre but if they and other shopping centres are truly committed to equality and diversity as they say, then come to the table and start engaging with people about a comprehensive anti-racism project.”

The former NRL South Sydney player said his son Brodi, 13, daughter Phoenix, 11, and niece Deminika, 12, were left feeling humiliated after being stalked by security at David Jones on Pitt Street in February this year.

David Jones apologised for the incident.