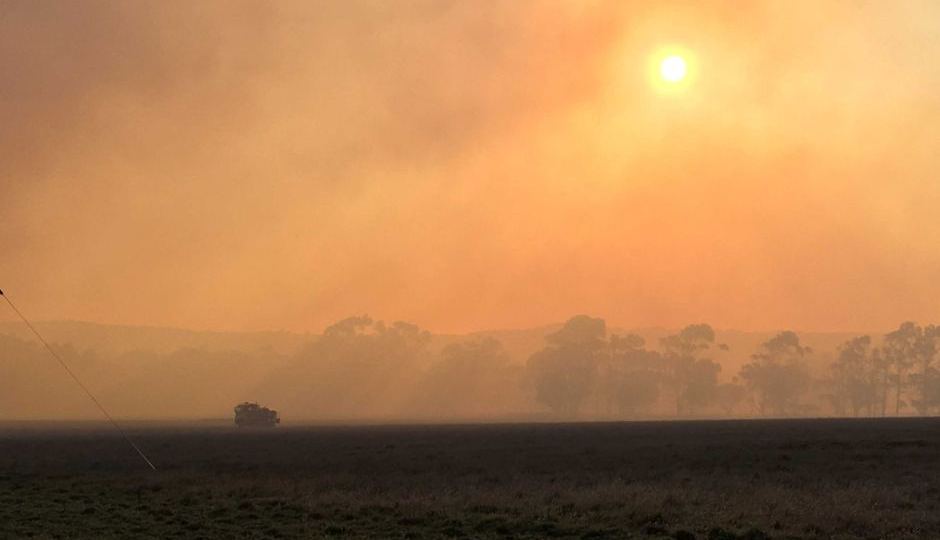 Residenta have been warned to evacuate as fire bears down on homes. Photo: ABC

Two bushfire alerts in Western Australia’s South West region have been downgraded after firefighters worked through the night.

The watch and act alert is in place for parts of Augusta, Deepdene and Hamelin Bay in the Augusta-Margaret River region, the Department of Fire and Emergency Services said on Tuesday.

“There is a possible threat to lives and homes as a fire is approaching in the area and conditions are changing,” it said.

An advice alert has been issued for a fire in the Karridale, Kudardup, Molloy Island, East Augusta and surrounding areas.

“There is no threat to lives or homes, (but) there is a lot of smoke in the area,” the DFES said.

While there was no immediate danger, residents were warned to remain alert and keep up to date in case the situation changes.

Firefighters worked through the night on the fast-moving, out-of-control bushfire in the Augusta region, defending property, strengthening containment lines and conducting backburning.

The bushfire, located more than 300km south of Perth, is burning on both sides of the Bussell Highway.

An emergency warning was in place overnight but that was downgraded on Tuesday morning.

Residents south of Stockdill and Challis roads, west of the Bussell Highway and the Blackwood River, north of Hillview Road and east of Caves Road were in danger on Monday night, while homes between Challis Road and West Bay Creek Road east of the highway, including O’Halloran Place, were also under threat, the department said.

“As far as I’m aware (those from the caravan park) are all safe,” he told ABC radio.

Meanwhile, a watch and act alert has been issued for people in Shenton Park and Subiaco.

Residents of Thomas Street, Aberdare Road, Nicholson Road, and Railway Parade have been told to remain vigilant as a fire heads towards Thomas Street.