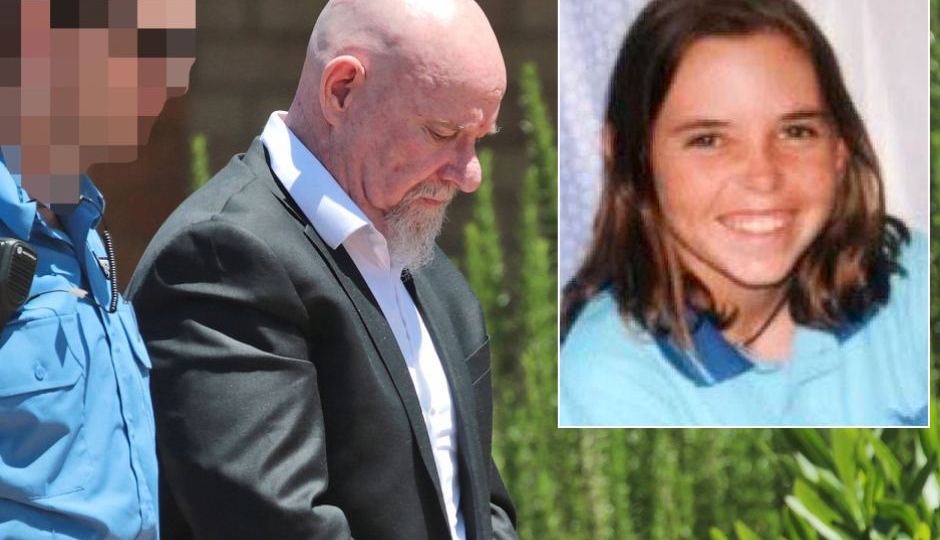 Francis John Wark has always denied he had anything to do with Hayley Dodd's 1999 disappearance. Photo: ABC

A convicted rapist has been found guilty of murdering missing 17-year-old Hayley Dodd, more than 18 years after the girl vanished while walking along a remote road in Western Australia’s Wheatbelt region.

Francis John Wark was found not guilty of Hayley’s wilful murder, but guilty of the lesser offence of murder, which still carries a life term.

Under Western Australian law in 1999, when the offence was committed, wilful murder, murder and manslaughter were mainly distinguished on the basis of intent, or its absence.

Wark, 61, lured the teenager into the borrowed car he was driving on July 29, 1999, before murdering her and disposing of her body, which has never been found.

He owned a property nearby and was interviewed by police at the time, telling them he had not seen the teenager that day.

It was not until 2015 that he was charged and extradited to WA from Queensland where he was serving a 12-year jail term for physically and sexually assaulting a woman he had picked up on a remote road in 2007.

Family and friends of Hayley, including her mother Margaret, packed the courtroom for the verdict.

Many wore yellow flowers in honour of the teenager and other missing people in Australia.

They were silent as Justice Lindy Jenkins delivered her verdict, announcing she had found Wark guilty.

The breakthrough followed a cold case review by police of all the evidence they had gathered, including a car seat cover from the borrowed ute Wark was driving on the day of Hayley’s disappearance.

It was seized in 1999, but when it was re-examined by a PathWest scientist 14 years later, a small single earring was discovered embedded in the fabric.

The earring matched drawings, done by Hayley’s friend, of earrings the 17-year-old had bought two days before she vanished and was believed to have been wearing on the day she was last seen alive.

The earring was crucial at Wark’s trial, which took place before a Supreme Court judge sitting without a jury over seven weeks late last year.

Another vital piece of evidence was a single 18-millimetre strand of hair found in the dirt and debris taken from the floor of the ute.

Testing of the hair in WA, Victoria and the United Kingdom found it was 7.2 million times more likely than not that Hayley had contributed to the very low levels of DNA found on the strand and its root.

The trial also heard evidence about Wark’s Queensland offences, which included him ordering the victim to give him one of her earrings, telling her, “I want to keep it”.

State prosecutor Amanda Burrows submitted that Wark had a “propensity” to take a trophy from his victim, and while the case was a circumstantial one, when all the evidence was looked at as a whole, “there was not a shadow of a doubt that this man killed Hayley Dodd”.

Wark always insisted on his innocence

Wark has always denied having anything to do with Hayley’s disappearance.

In 1999 and at his trial, he maintained that at the crucial time he was doing his “weekly shopping ritual”, which involved travelling to and from Moora, about 55 kilometres away, where he spent time buying groceries, paying bills and hiring movies at a video shop.

His lawyer, Darryl Ryan, argued it was “unrealistic if not impossible” for his client, in the two-hour timeframe that was alleged, to have lured Hayley into his car, murdered her and disposed of her body.

Mr Ryan raised doubts about the earring found in the car seat cover, describing its handling in the 14 years it was held by police as “shambolic” and suggesting it may have been planted by officers who were under pressure to solve the case.

But in her 200-page judgement, Justice Jenkins rejected the idea, stating that it was “not a reasonable possibility that the earring found on the seat cover was left there prior to 29 July 1999, or that it belonged to anyone other than Ms Dodd.”

She said it was a “sad but inescapable” conclusion that Hayley was dead.

“I am satisfied beyond a reasonable doubt that the accused [Wark] picked up Ms Dodd and killed her on 29 July 1999 by some unknown means,” she wrote.

Intent to kill in doubt

Based on his Queensland conviction, Justice Jenkins found Wark had “a propensity to pick up a lone female hitchhiker and to violently and seriously assault her so that she could not resist his sexual assault”.

The defence team also questioned the scientific evidence about the hair, highlighting that male DNA was also found on it, meaning there was a possibility it had not come from Hayley.

Justice Jenkins appeared to agree, finding that while it was possible it was Hayley’s hair, she was “not persuaded” that it was.

Prosecutors had argued Wark should be guilty of wilful murder arguing he intended to kill Hayley, but Justice Jenkins said she was not satisfied beyond a reasonable doubt that was the case.

“That is because I find that it is a reasonable inference to draw from the evidence that the accused picked up Ms Dodd in order to sexually assault her and that he killed in the prosecution of that unlawful purpose, without necessarily forming an intention to kill her.”

Wark will face a sentencing hearing next week so Justice Jenkins can determine the minimum term he will have to serve before he can be considered for parole.

Margaret Dodd campaigned for 18 years to get justice for her daughter and her family, but was too upset after the verdict to comment.

Hayley’s sister Toni Dodd said the family did not think this day would ever come, but they now wanted Wark to tell them where Hayley’s body was.

“Tell us where Hayley is so we can put her to rest. Give our family some peace.

We didn’t just lose a sister, we lost parents as well,” she said.

She said the family would always support changes to the law so that killers who do not reveal the location of their victims’ bodies do not get parole.

Ms Dodd said it had been “horrible” sitting through the seven-week trial last year.

“We had to sit through it to know every detail,” she said.