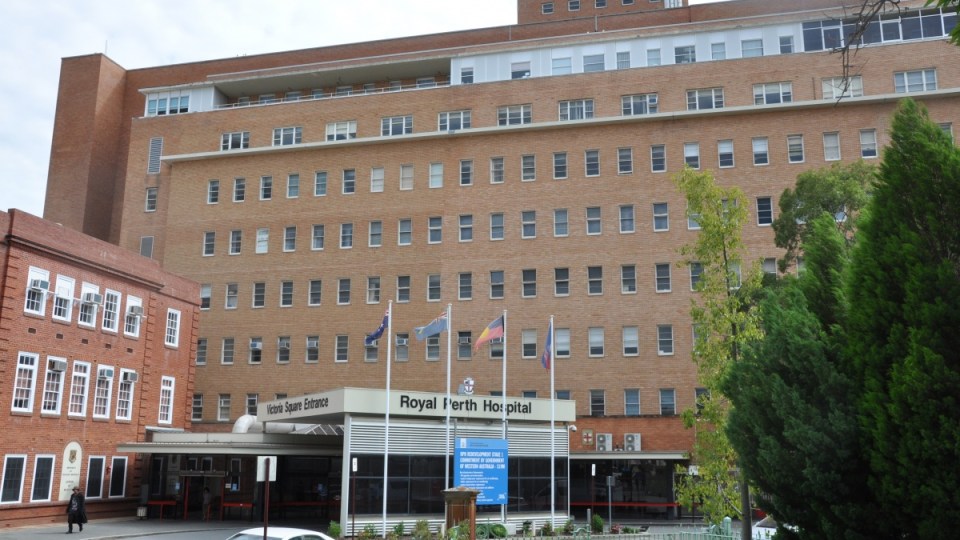 Nine people have been rushed to hospital in Perth after a suspected drug overdose, police say. Photo: AAP

Two Frenchmen are still fighting for their lives in a Perth hospital after a mass drug overdose that affected nine foreign backpackers this week.

The drug has been identified by the state’s ChemCentre as the common prescription medication hyoscine, which is used to treat various medical problems including travel sickness.

The two Frenchmen, aged 22 and 25, are still in Royal Perth Hospital’s intensive care unit while a German woman also in an induced coma is in a serious but stable condition.

Those three and possibly more would have been dead if not for the swift actions of a resident who came home to the Victoria Park house as the overdose was occurring and called for help, Royal Perth Hospital clinical toxicologist Jessamine Soderstrom said.

The other people affected – three French citizens, a German, Italian and Moroccan, all aged 21 to 25 – have been released from hospital.

Some were seen around the house again on Wednesday and Thursday smiling and looking relaxed but did not want to comment.

The patients reacted violently to a drug they told authorities they thought was cocaine and they claim arrived through a package in the mail that was not intended for them but they consumed.

Neighbours described a frightening scene in which delirious young people were wheeled out on stretchers to nine ambulances, with “glassy eyes” and one man behaving aggressively, punching at the air.

They suffered paralysis and were unable to speak, were hallucinating, ill, in a state of agitated delirium and had racing hearts and overheating bodies, said Royal Perth Hospital emergency doctor David McCutcheon.

He said it was too early to know what permanent organ damage the patients might have suffered.

Hyoscine is used as a recreational drug but is considered highly dangerous and is also used by criminals to assault or rob people because they were rendered “zombie-like” by its anaesthetic effects.

Police acting deputy commissioner Gary Budge said the investigation into the source of the drugs was continuing.

Australian Medical Association president Michael Gannon urged people not to “put anything in their body that you don’t know what the contents of it are”.

He said he did not support pill testing to make drug use safer, saying while it had potential for harm minimisation it was not considered effective currently.

“The criminal gangs that cook up drugs in bathtubs around Australia … that put in white powder and substances or make things into pills, they are criminal and they do nothing but harm people,” he told reporters.

The owners of the Colombo St house are being investigated by the Victoria Park council, due to it apparently being used illegally as a backpacker hostel.

Neighbour Garry Baden-Davidson said it was common to see different people staying at the property.

“It’s like a backpackers’ [hostel], they come and go. For two weeks, one lot will come and then another lot will go out,” he said.

“This lot here … the only noise I heard from them was on New Year’s Eve and it wasn’t really that loud either.

“It’s pretty sad really, young people like that to get into that situation, really sad, they seem like happy-go-lucky type people, they come and go, they all seem to have part-time jobs and work.”

Drug that caused Perth overdose ‘came in the mail’