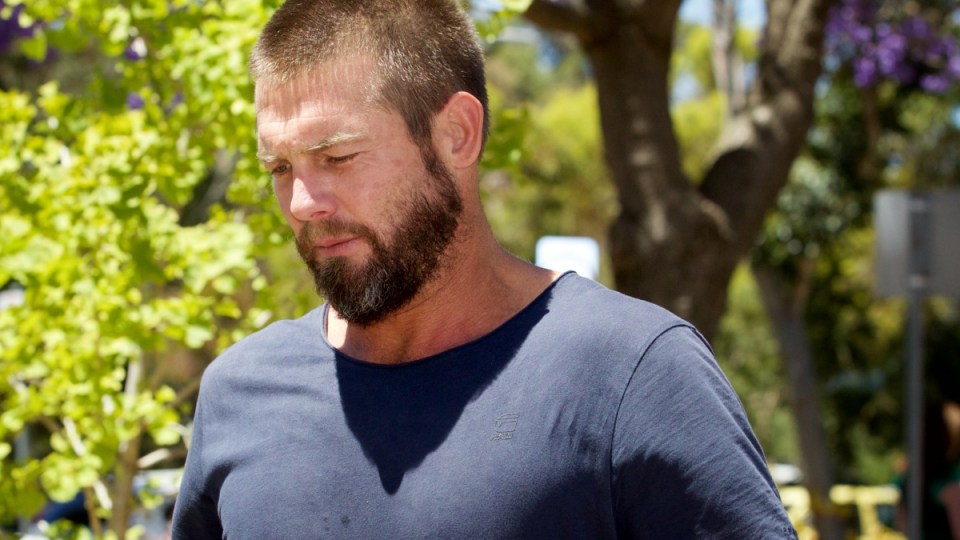 Troubled AFL premiership player Ben Cousins is coping well in prison two weeks after he was refused bail on charges of stalking and drugs, his lawyer says.

The former West Coast Eagles captain had a full beard and was wearing prison greens when he appeared briefly in Armadale Magistrates Court via video link from Hakea prison on Friday charged with 11 offences.

The 38-year-old is yet to plead to seven counts of allegedly breaching a violence restraining order, aggravated stalking, driving without a licence, and possessing a prohibited drug and smoking utensil.

His lawyer Michael Tudori told the court a psychologist was going to see Cousins next week.

Mr Tudori later told reporters the Brownlow medallist was hoping to have the matters “dispensed with” at his next appearance on March 20.

“At this stage he’s doing OK (in prison),” he said.  “I’ve got no concerns for his welfare. He’s coping, he’s been abiding by the laws. ” 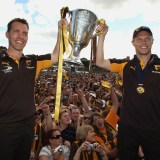 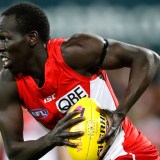 The footballer central in the PM’s speech … to the UN

“He obviously doesn’t want to be there,” Mr Tudori said.

Cousins, who was arrested at a Melville home in February, allegedly had eight grams of methamphetamine and told officers he had a high tolerance.

The VRO was taken out by his former partner Maylea Tinecheff, with whom he has two young children.

The court previously heard the alleged stalking charge and VRO breaches over the past few months related to Cousins visiting the children’s school and church, and making repeated phone calls to his former partner.

But Magistrate Nicholas Lemmon said at the time that the risk of reoffending was significant and no conditions would be adequate to reduce it.

Cousins was fined $2600 in December for similar offences.

The drug addict was suspended from the AFL for one year in 2007 for bringing the game into disrepute.

He made a comeback with Richmond before retiring in 2010 and his troubles have continued in the public eye.

Ben Cousins faces a WA court via video-link from prison