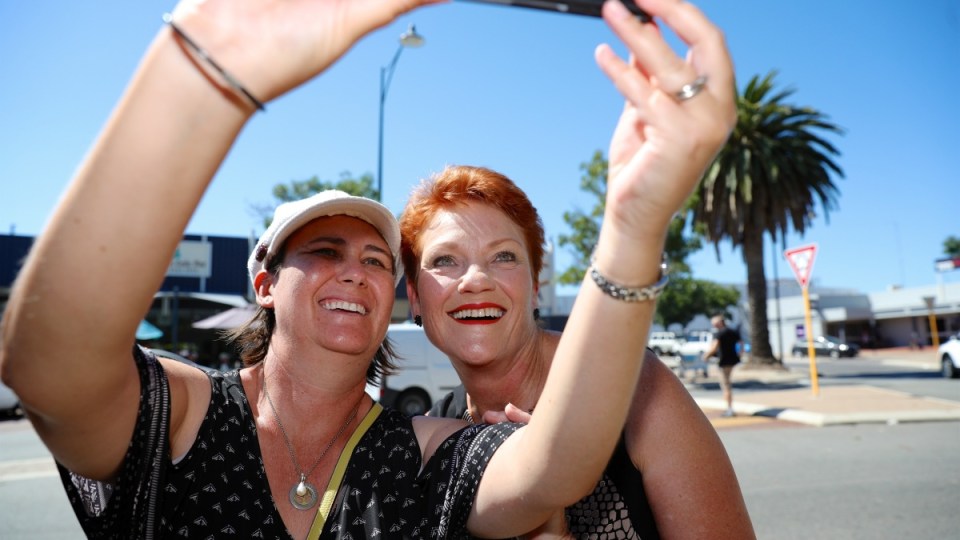 Claims of party disunity are threatening to derail One Nation’s bid to snare the balance of power in Western Australia after two discarded party power brokers accused Pauline Hanson of ageism.

On Wednesday, party stalwarts Ron McLean, 87, and his wife Marye Louise Daniels, 79 fronted the media in Perth to announce they’d filed an age discrimination complaint after they were dumped as party president and secretary.

The party’s WA leader Colin Tincknell hit back on Wednesday night, saying Mr McLean and Ms Daniels had been stood aside for “disloyalty”.

And Ms Hanson went further, saying Mr McLean, who was standing for the party in the upper house’s Agriculture region, “has trouble with hearing and understanding”.

It’s the latest snag for the party, which has lost four candidates throughout the WA campaign. 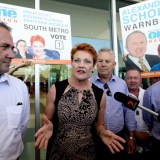 The couple was told they’d been expelled from the party in a 10-minute meeting at their home on February 22, according to their Perth-based lawyer John Hammond.

“Ron was told that by the time he was out of the parliament he would be 91 and that would be unacceptable,” Mr Hammond said.

“To say that Ron is too old to be number three on the One Nation ticket is abhorrent. If you’re over 18 you should be allowed to run.”

Campaigning in Kalgoorlie, Ms Hanson said the couple had become disgruntled when Mr Tincknell took over the reins of the state party.

“They are of the opinion that it’s discrimination against them, but it’s not at all,” she told ABC radio.

“As far as looking at candidates, well, I worry about Ron’s health. He is 87 years of age. It’s very hard for him to hear and understand what I’m sort of talking about.”

Mr Tincknell told Sky News the couple was sacked over disloyalty, with officials believing they had been leaking stories to the media.

The infighting within One Nation threatens to further derail their quest to win the balance of power in WA’s upper house when voters go to the polls on Saturday.

It follows continued controversy over a decision to preference Colin Barnett’s Liberal government, which drew a furious response from some One Nation candidates.

Murdoch University WA political expert Dr Ian Cook said the party was somewhat insulated from the impact of campaign issues because of their supporters’ frustration with the major parties.

“[But] I do think it will have an effect. While people want to protest, they want to vote for a party that appears coherent and can maintain unity,” he told The New Daily.

Political analysts have told The New Daily the party is likely to win at least three upper house seats, which could give it the balance of power.

A Galaxy poll at the weekend showed Labor ahead of the Liberals 54 to 46 per cent, with One Nation on 9 per cent.

Meanwhile, the WA government sparred with Mark McGowan’s Labor opposition over spending, with the Liberals’ unveiling more than $2.8 billion in Treasury-costed promises.

Premier Barnett lashed Labor over its decision to have its costings independently assessed, rather than sent to Treasury.

But Mr McGowan said he was confident the party’s numbers would add up when they are released on Thursday.