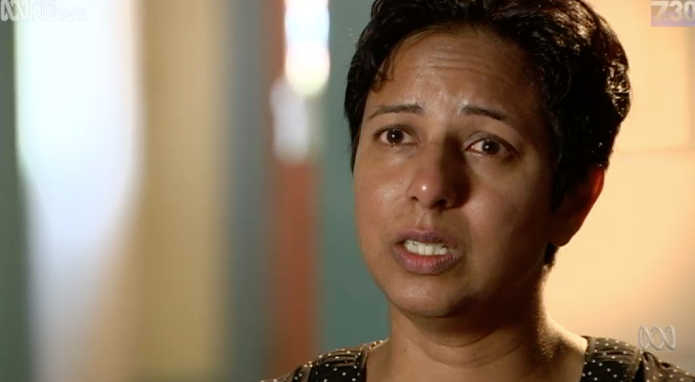 She doesn’t look like a woman who was beaten by her husband with a wooden rolling pin and a metal chair, forced to perform sex acts for strangers on Skype, who lived in constant fear of the man she thought loved her.

She certainly doesn’t look like a woman who bludgeoned that same man to death with a mallet as he lay in bed in their Geraldton home in June 2014.

And that’s exactly why she’s telling her story.

“I knew all about domestic violence myself as a medical officer, I’ve seen it and I’ve dealt with it,” she told 7.30.

“But in my own life I was trapped and I was isolated and I couldn’t talk about it.

The Dinendra Athukorala who Chamari Liyanage met in Sri Lanka in 2009 initially seemed charming, but that outward charm hid an inner evil.

Justice Stephen Hall would later describe him as “a manipulative and merciless offender” who regularly abused his wife and kept 13 terabytes of encrypted child exploitation and bestiality images on his three laptops and a number of hard drives. 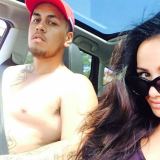 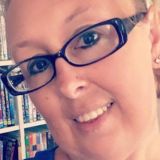 Chamari Liyanage’s eyes well up and her face crumples as she talks about what it was like inside her marriage to the man she calls Din.

“During that four and a half years when I was with Din, he made it quite difficult for me,” she said.

“There was quite significant violence – emotional, physical, psychological, sexual, financial.

“I think emotional abuse was the most difficult part to deal with. That constant manipulation, that constant control which I felt – I was so much trapped, and I could not leave. And constant threats to myself and my family and loved ones made me very helpless.”

The abuse escalated and so too did Chamari Liyanage’s state of fear and anxiety until one night in June, she snapped.

‘I still don’t know what happened’

She says she still can’t remember what happened on that night.

What happened was Chamari Liyanage bludgeoned her husband to death with a 1.79 kilogram mallet.

She called triple-0 at 6:30am on June 24 and police officers arrived to find her huddled by the couch in a distressed state.

When they walked into the main bedroom they found her husband lying on the bed surrounded by blood, with a pillow over his face and the mallet beside his head.

“I cannot imagine because Din is my one and only partner,” she said.

“I loved him so much and one reason I kept going is because I thought he would change one day to that gentle loving person whom I met four-and-a-half years ago.

“I thought one day he would change, so I could not believe what happened on that day.”

Two days after Dinendra Athukorala’s death, Chamari Liyanage was charged with his murder.

‘When I got to prison I found a safe haven’

After a three-week trial which heard evidence of the extensive domestic violence she’d endured, Chamari Liyanage was found not guilty of murder but convicted of manslaughter and sentenced to four years in prison, back-dated to the night of her husband’s death.

She told friends she felt more free inside Greenough Regional Prison than in her own marriage.

“When I got to prison, it was a safe haven, I found my own peace in my mind and in my heart and it let me explore myself and be myself,” she told 7.30.

It was there she developed a passion for painting.

“It’s like meditation, it helps me to concentrate, it helps me to liberate myself and take those emotions which have been hidden inside me for so long, for years and years, to get them out in an easier way,” she said.

‘I want to thank the Australian community’

While behind bars, her friends stood by Ms Liyanage, campaigning to allow her to stay in Australia after her visa was cancelled last year.

That relief came in January when the Immigration Minister revoked his decision which would have seen her deported to an uncertain future in Sri Lanka.

That’s another reason she wanted to share her story.

“I wanted to thank the Australian community who has been there with me throughout these very difficult times, continuously supporting me,” she said.

“I wanted to thank them sincerely for their support, their kindness and their understanding.

“And I wanted to say sorry for Din’s family, for what they have to go through, and wanted to express my sincere sympathies for everyone who’s been affected.”

She’s trying to get her medical licence back, find somewhere to live, and help others who feel trapped in abusive relationships.

But first, she’s enjoying the simple things like going to the beach and feeling sand between her toes.

‘I thought he would change’: Doctor who killed abusive husband speaks out