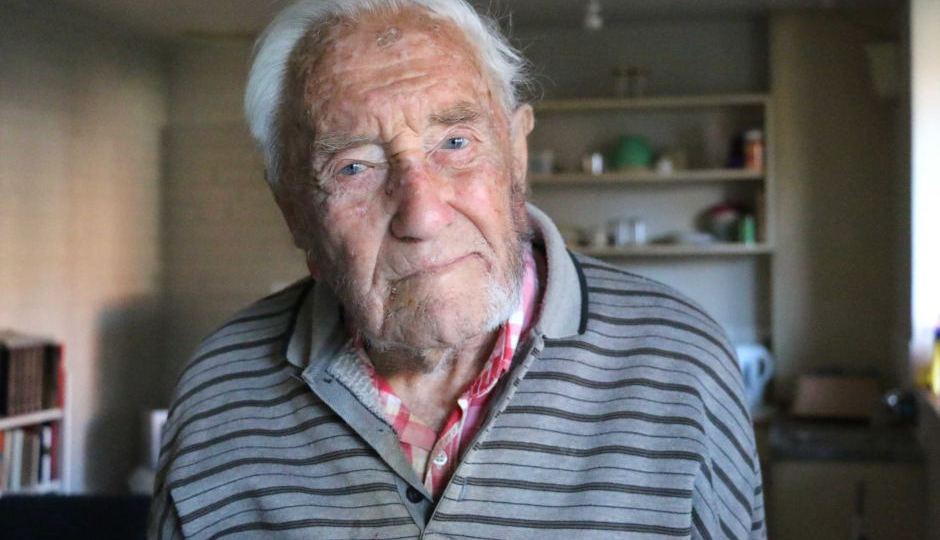 Dr David Goodall says he is grateful the university has been able to accommodate him. Photo: ABC

A 102-year-old scientist will remain on campus at a Perth university after the institution reversed a decision to kick him out of his office.

He now serves in an unpaid position at Edith Cowan University as an honorary research associate.

He has been travelling to his office at the university’s Joondalup campus at least four days a week, catching a train and two buses during his 90-minute commute.

But in August ECU advised him that from next year he would have to work from home because he presented a health and safety risk.

It has now reversed that decision, having found more suitable accommodation at its Mt Lawley campus.

“It is better in many ways,” Mr Chapman said.

“First of all it’s closer to his residence and it’s easier for him to commute.

“Secondly, there’s an office very close that’s manned all the time so we will be able to keep an eye on him that he’s okay.

“Thirdly, he’s agreed to inform us when he comes in so that if he didn’t arrive we could check what had happened.

Dr Goodall said while he was disappointed to be leaving his original office, he was grateful the university had been able to accommodate him.

“Given that I had to move, this is satisfactory,” he said.

“I hope to continue with some useful work in my field in so far as my eyesight permits. But I still think the emphasis on safety was unnecessary.”

“I think people were rather sympathetic to me as a centenarian who wanted to continue life in society,” Dr Goodall said.

“I prefer to be on campus because there are other people around and people who potentially are friends.”

Dr Goodall has accepted an offer from the university to serve as an unpaid honorary research associate for another three years.