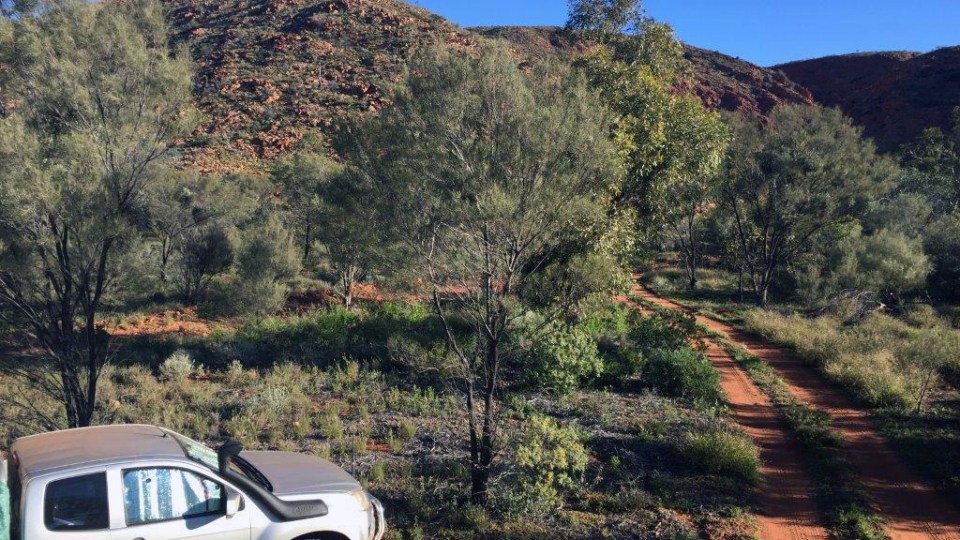 The area near where a 75-year-old Victorian woman died in a remote region of WA. Photo: Western Australia Police

An elderly woman who disappeared in a remote area near the West Australian and Northern Territory border has been found dead after apparently falling down a rock face.

The Victorian woman, 75, was with a group of people travelling in four-wheel drives and had gone for a walk alone about 8:00am (ACST) on Tuesday near the Pangkupirri rockholes, about 27 kilometres west of the border.

The alarm was raised after the woman failed to return to a meeting point by 10:30am, and a land and air search was launched.

Police said the body of the woman had been located by searchers.

“It appears the woman had fallen down a rock face,” a police spokesman said.

“The woman’s death is not being treated as suspicious.

“The search team will now focus their efforts on recovering the deceased’s body.”

NT Police answered the emergency call from the woman’s group on Tuesday and passed on the information to Warakurna Police, who began the search and rescue operation.

The woman was said to be “fit and agile”, however she was believed to have been carrying only a small amount of food and water.

The search covered a remote area about 70 kilometres from the Warakurna community, with cliffs and rocky outcrops located near the Pangkupirri rockholes.

Searchers earlier said they knew what direction the woman had walked, but conceded “she could be anywhere”.

A helicopter had been sent to the area from Uluru to help scour the area after an Australian Maritime Safety Authority plane failed to find the woman.

A report is expected to be prepared for the WA coroner.