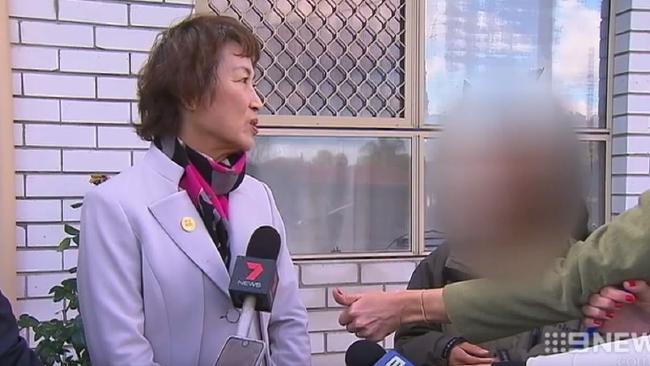 A Perth stepmother charged with allegedly leaving two young children alone at their home while she took a three-day overseas trip has blamed Australia Post for their abandonment.

Police said the children, aged four and six, were found in a distressed state alone at their home in the Perth suburb of Cloverdale when officers gained entry through an unlocked door last week.

The 28-year-old woman told Channel Nine via an interpreter on Wednesday that Australia Post was to blame because they lost the children’s passports.

The woman was arrested at Perth International Airport last Thursday when she flew back to Western Australia.

The stepmother said the fact that the children were left alone in an unlocked house was an issue “between myself and the children”.

The woman was in a de facto relationship with the children’s father who is also overseas.

The woman will face court on June 22 charged with two counts of engaging in conduct which could result in harm to a child in a person’s care and control.

A neighbour told the West Australian only learned the children had been left alone after hearing their cries when police arrived.

“The kids were crying and screaming,’ she was quoted as saying. “Had I’d known I would have called the police.”