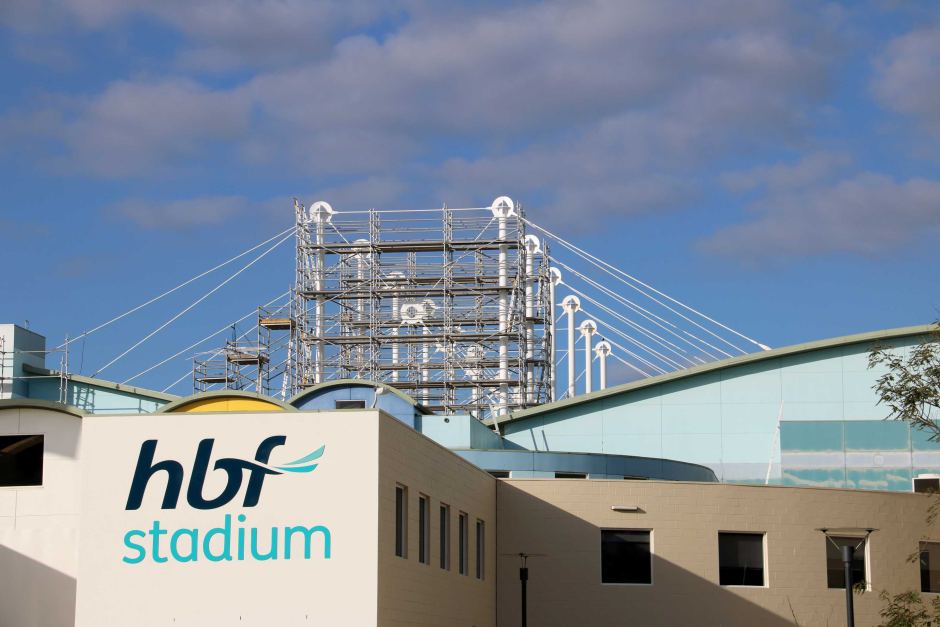 A man has died after falling from the roof of HBF Stadium in Perth.

St John Ambulance was called to the stadium in Mount Claremont shortly after 2:00pm on Wednesday.

It is believed the man was a painter who was working on scaffolding at the venue, with Worksafe told he may have fallen up to 20 metres.

The man was taken to Sir Charles Gairdner Hospital following the incident.

HBF Stadium is undergoing exterior painting work, with scaffolding in place over much of the venue.

Police and Worksafe are investigating the man’s death.

HBF Stadium operator VenuesWest said it was cooperating with the investigation.

“Our thoughts are with the worker and his family and workmates,” a spokeswoman said in a statement.