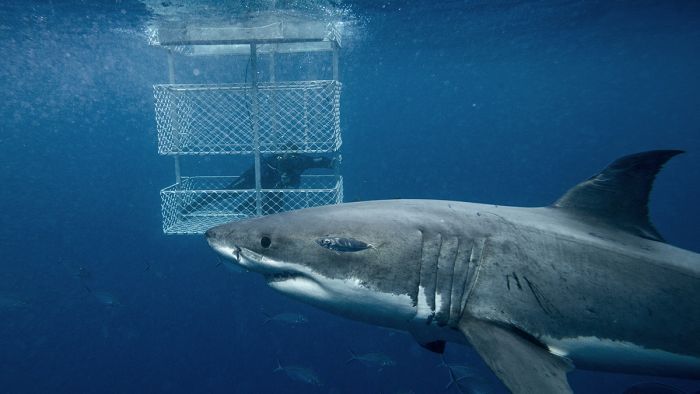 Western Australia’s Fisheries Department has stopped hunting for the shark responsible for an attack on a 29-year-old surfer south of Perth who remains critically injured.

A 4.2-metre great white shark was caught on a drum line close to where Ben Gerring was attacked at Falcon Bay beach in Mandurah on Tuesday afternoon.

Mr Gerring lost a leg above the knee in the attack and he remains in a critical condition in Royal Perth Hospital.

A department spokeswoman said all drum lines had been pulled out of the water.

She said it was not possible to tell if that shark — which was not a tagged shark — was responsible for the attack on Mr Gerring.

“No further capture equipment will be set today unless there are further shark sightings, which would mean this is reassessed,” she said.

The shark died on the drum line, and was dragged out to sea and dumped after samples and measurements were taken.

Mr Gerring is in Royal Perth Hospital still in a critical condition after his leg was severed above the knee while he was surfing at a spot known as Gearies on Tuesday afternoon.

Other surfers managed to get him to shore where paramedics treated him on the beach, before he was taken to hospital to undergo surgery.

Earlier on Wednesday, Department of Fisheries spokesman Tony Cappelluti said three drum lines had been set about 200 metres off the beach in the morning following an order from the department’s director general.

He said they would make a decision on whether to kill the shark if they caught it.

“If it’s a high hazard, high-risk shark within the criteria, we may need to destroy it,” Mr Cappelluti said.

“If it’s not then we’ll make a decision about whether to release it or not.”

He said the shark was likely to have been a great white “given the seriousness of the injuries and previous occasions where such injuries have been sustained”.

Mr Cappelluti defended the shark warnings issued on the day.

He said the sighting of a 3.5 metre shark off Pyramids Beach, about 5 kilometres south of the attack, was reported to water police and other agencies, but no action was required as it was 1.8 kilometres off the coast.

“It was posted onto the Surf Life Saving Twitter account, and also on to Shark Smart,” he said.

“People before using the water should check those sites.”

Mandurah local Paul Collier was surfing at the same break as Mr Gerring on Tuesday afternoon.

“I was in fairly wide,” said Mr Collier, who returned to the beach on Wednesday.

“Ben was in on the tighter section of Gearies, and the shark came up and attacked him, and I saw a big splash and a big pointed thing which was, I’m not sure, the shark launching.”

He said all the surfers in the area came in and started trying to help Mr Gerring, before the paramedics arrived.

Mr Collier said he was not yet ready to return to the water.

“I’m just in absolute shock with the whole thing,” he said.