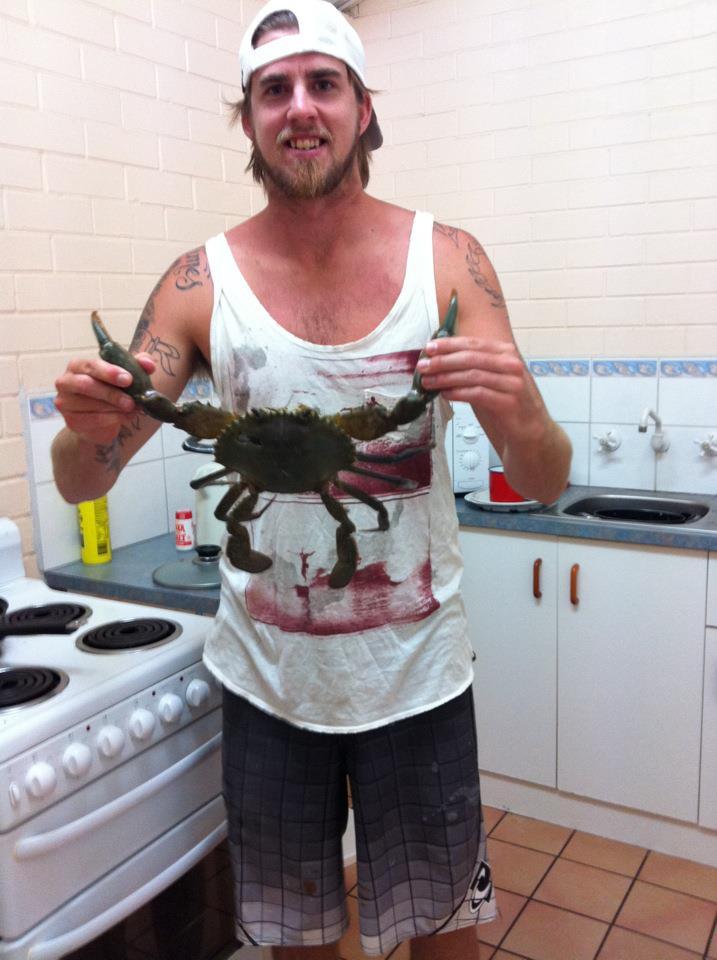 A 29-year-old man is in a critical condition in a Perth hospital after losing part of his leg above the knee in a shark attack while surfing off a beach in Mandurah.

The man has been named by news sources as Ben Gerring, a fly-in fly-out heavy machinery operator, who has lived and surfed in the area his whole life.

About 20 surfers had been sitting in the water at the surf spot known as Gearies, off the suburb of Falcon, when the shark struck just before 4.00pm on Tuesday.

The man’s friend, Mandurah Boardriders Club president Brian Williams said he had just paddled further out into the ocean to catch a bigger wave when “all hell broke loose”.

“He was right out the back looking to get a big wave, one of the set waves that had been coming through during the day,” Mr Williams said.

“He’d sort of paddled out the back, sort of past the pack slightly. And next thing all hell broke loose and they were trying to bring him in.

“His board was broken in half, they found the tail part of his board.”

Two surfers with longboards paddled out to bring him in.

Mandurah Mail reporter Nathan Hondros said it was a desperate scene when he arrived at the beach not long after the attack.

“Ambulance crews were trying to resuscitate him by the looks of it,” Mr Hondros said.

“[The] RAC rescue chopper came in. So it was just quite desperate and heart wrenching scenes.”

Mr Williams helped stretcher his friend up to the ambulance.

“We had to stop on a number of occasions to maintain CPR, but I was holding the stretcher as we were getting him into the ambulance,” he said.

“It’s pretty harrowing seeing somebody you know lying there motionless, hoping that everything’s going to be OK.

“It was quite full-on to see a fellow surfer and someone you know quite well not doing too good.

“His mother was at the scene. She was in the ambulance on the way to the hospital. Friends were there to console her.”

The ambulance took the surfer to Peel Health Campus, which said he was in a serious condition on arrival and medical teams had worked to stabilise him before transferring him to Royal Perth Hospital (RPH).

RPH confirmed he was in a critical condition and receiving treatment.

Mr Williams said the 29-year-old has a fiancee who is also a fly-in, fly out mine worker and she had been notified.

“He grew up as a Mandurah boardrider, he’s been here all his life,” he said.

Surf Life Saving WA issued a tweet just before the attack, about a public report of an unknown species of shark being sighted in the area.

It is also understood a 3.5 metre great white shark was at Pyramids Beach, about five kilometres south of Gearies, earlier on Tuesday.

The City of Mandurah has closed Falcon Bay beach.