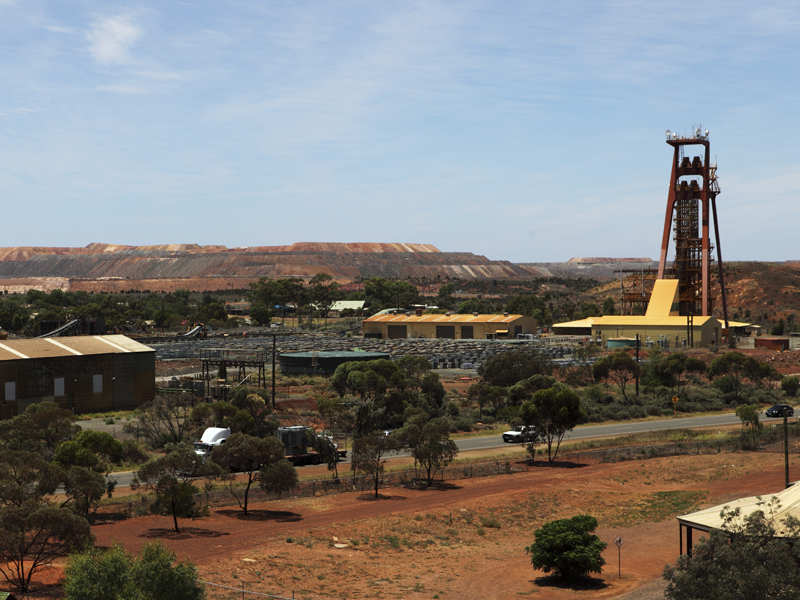 A string of earthquakes that shook Western Australia’s Goldfields region overnight had the strength of an “atomic bomb” blasting underground, rattling windows and sending locals fleeing outside.

Four earthquakes hit near Norseman, including a magnitude 5.2 reportedly felt as far away as Perth.

It was the largest seismic event in WA since a magnitude 5.0 earthquake hit Kalgoorlie in April 2010, leaving several buildings badly damaged.

The first quake on Saturday was magnitude 4.9, striking at 11.30pm AWST.

The 5.2 was about an hour later and was followed by a 3.2 magnitude tremor about 1.44am and another of magnitude 3.0 around 6am.

The one that hit shortly after midnight was the equivalent to an atomic bomb going off, Mr Jaksa said.

“When we see a nuclear test occur, they’re generally a magnitude 5,” he said.

While Geoscience Australia estimated the 5.2 could have been felt up to 206km away, Mr Jaksa said there had been reports of the quakes being felt as far away as Perth, some 600km away.

Brodie Woods, who works at Norseman BP, told AAP he woke up to the first tremor, thinking someone was trying to break into his house.

“The window in my bedroom was rattling like crazy,” he said.

Mr Woods said he ran outside to see who was trying to get in – joining most of his neighbours who thought the same thing until they realised it was a quake.

He then thought it was a nearby mine blasting, but then there was another.

He said the 1934-built character pub didn’t sustain any damage but the quake rattled the two-storey landmark.

“It rocked the old building. It shook pretty well.”

“He’s pretty tough – he probably thought it was a heavy train like everyone else did.”

Mr Jaksa said the quakes were significant but common in WA, particularly in the Wheatbelt region.

However, he considers Australian earthquakes “among the most dangerous in the world” because they happen randomly.

“We’re just not used to them, they’ll come out of the blue and in random places, so we’re just not as prepared,” he said.

Mr Jaksa said it was important to stay inside and get under furniture.

“To run outside is the most dangerous thing to do – the majority of deaths occur outside the buildings,” he said.

And if outside, try to be in a clear space to avoid any falling objects.

The Department of Fire and Emergency Services said it had not received any notifications of building damage.