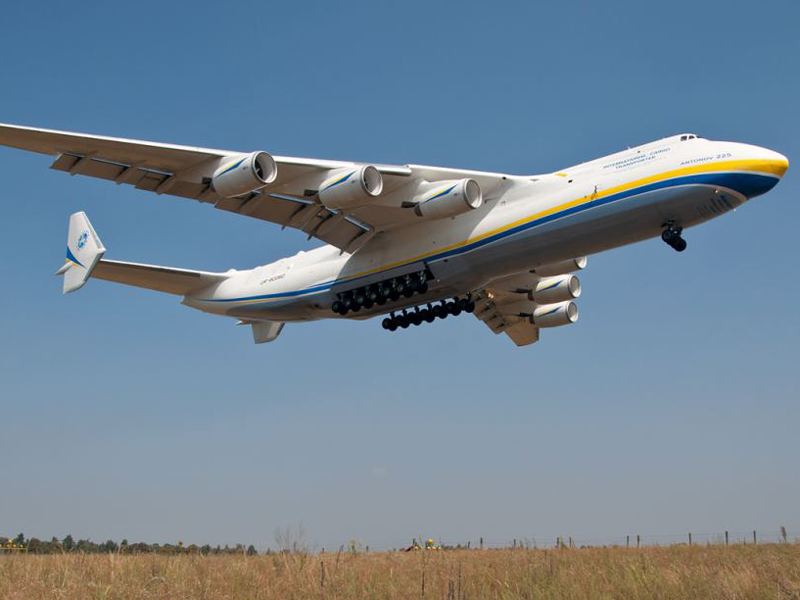 Thousands of excited spectactors have turned out to witness the world’s largest plane touching down in Perth.

The Antonov An-255 Mriya, which weighs up to a whopping 600 tonnes, landed shortly before 12:00pm local time.

Crowds gathered at the Perth Airport, waiting patiently for the plane’s arrival after it was delayed by almost two hours.

The plane is used to transport massive cargo around the world — in this instance a 117-tonne generator it is carrying from Prague.

According to Aviation WA president David Eyre, it is the longest and heaviest aircraft ever built, as well as boasting the largest wingspan of any aircraft in operational service.

“It is the first time it’s come to Australia, so it’s a big event for all aviation enthusiasts around Australia,” Mr Eyre said.

“It is exciting to see, for a start, you don’t see six-engine aircrafts at all normally,

“It’s got two tails, rather than the usual one you see on most big aircraft, so that makes it slightly different-looking.

“I suppose it’s louder than most aircraft, but I wouldn’t say excessively loud, but it’s still an impressive sight to see in the air because it’s so huge.”

He said it was not just the “impressive” size, but what it could carry in terms of cargo weight.

“It’s carried all sorts of things, it’s carried locomotives, it also holds the record for carrying the heaviest cargo ever transported by air,” he said.

The biggest load was 253 tonnes _ four Russian tanks and it’s also carried the longest load which is a 42-metre-long wind turbine blade, so it’s carried some pretty impressive things around.

“It has also been used for humanitarian missions, because it can carry so much in one go, it’s been used in disaster relief situations as well.”

One aviation enthusiast — 47-year-old Chris Whincop — said this was not the first large plane he managed to get close to as it landed.

“I’ve seen a few rare planes over the years, I haven’t seen one of these yet,” he said.

“I once made the mistake of standing at the end of Heathrow runway when a 747 came over, and it was just off the scale. It was just deafening.

“It’s an amazing experience, that power of just the engines widening up. It’s an incredible kind of sound.”

Maxine Collins drove up to Perth from Bunbury to witness the landing.

“It’s a once-in-a-lifetime [event] with this plane coming in,” she said before the plane’s arrival.

“I left home at 5:00am. I think it will be amazing — so big, I just haven’t seen anything like that before.”

The plane has refuelling stops across the Middle East and Asia, with the final leg of its journey from Kuala Lumpur to Perth 4,067 kilometres.

It was built in the 1980s to carry the Russian Buran space shuttle above the fuselage.

Empty, it weighs just 175 tonnes, but when fully loaded and crewed can hold up to 600 tonnes.