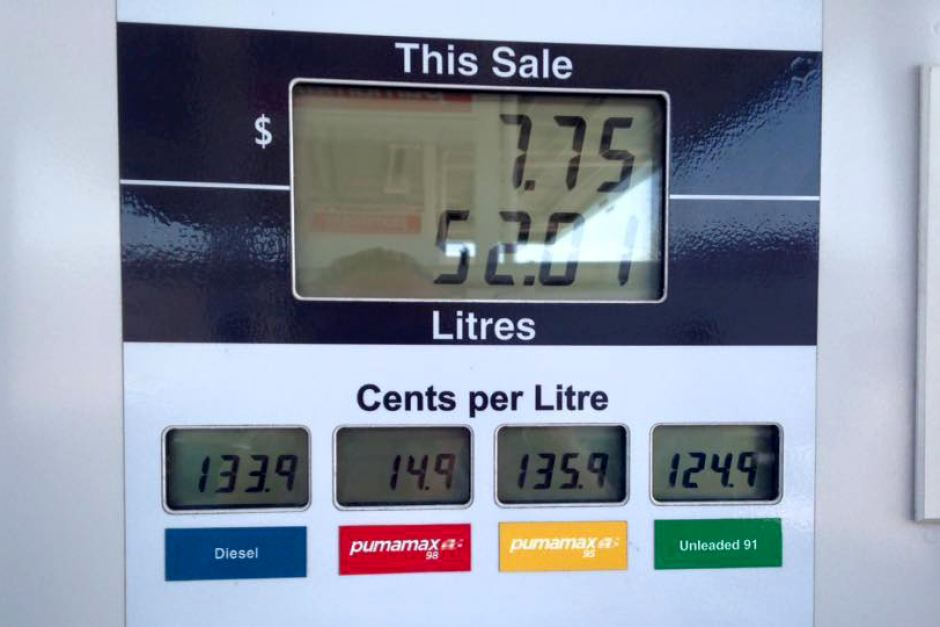 Motorists in Perth’s south scored bargain fuel at the weekend after a petrol station mistakenly charged them 14.9 cents a litre.

The unmanned Puma petrol stop on Armadale Road in Jandakot had registered its Saturday fuel price with watchdog FuelWatch at $1.419 a litre, but it is believed an error was made when setting the price at the bowser.

Cars lined up at the petrol station before the pumps were shut down in the afternoon.

FuelWatch coordinator Kyle Huynh said an investigation would be conducted to determine whether the company breached legislation by selling fuel at less than the reported price.

“There is a range of actions that can be taken,” Mr Huynh said.

“We look at the bigger picture, whether the trader itself has breached legislation previously, how many times etcetera.

“It depends on the severity and we’ll have to have a look at the situation.”

He said there was little the petrol company could do to recoup costs.

“It would be unlikely the trader would be able to pursue the consumers for the difference in price,” he said.

“Reason being, the price advertised at the bowser was 14.9 and that’s what was paid by the consumer.

“The transaction was completed and the fuel itself has been consumed, you could assume.”

He said while missing a digit when entering a bowser fuel price seemed like an easy mistake to make, he had not come across an error of this kind before.

“Consumers had a win… for a short period,” he added.

Disease concern for survivors of Afghanistan earthquake
Steve Smith confirmed as starter for first Test against Sri Lanka
Matildas will be keen to forget 7-0 drubbing by Spain
Upcoming stats will reveal where and how hard rates are hitting economy
Victorian MPs pocket a tidy 2.75 per cent pay raise
Reserve Bank review isn’t a ‘get the governor’ exercise: Jim Chalmers
Female teacher on sex charges
Today's Stories