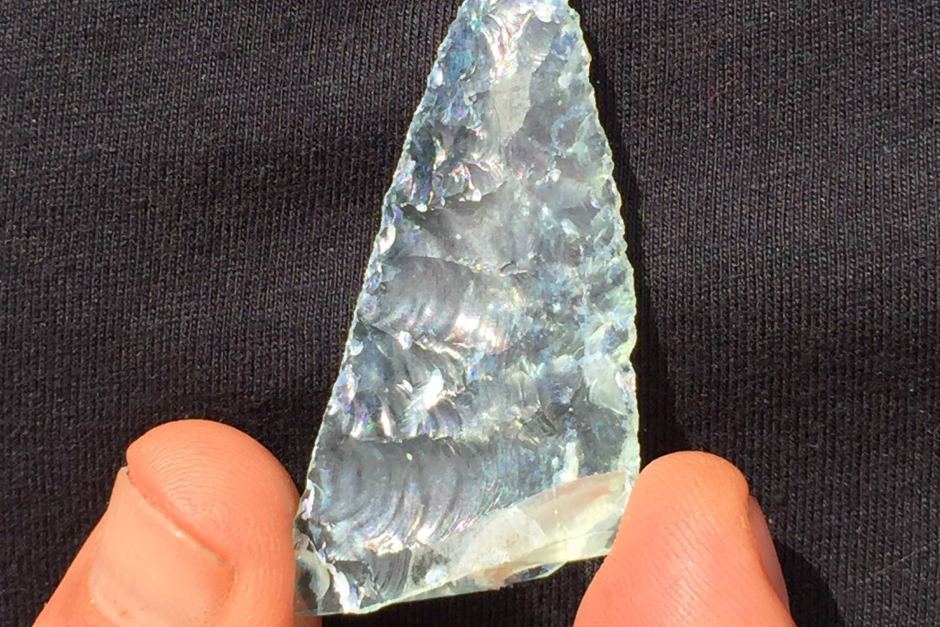 A rare 19th century spearhead uncovered on Rottnest Island is the third discovery of an unbroken Aboriginal artefact on the island in the past year.

The glass spearhead, estimated to be at least 100 years old, was discovered by UWA School of Indigenous Studies staff and students.

A different glass spearhead was found on the island earlier this year, while a ceramic one was uncovered last year.

“These are perfect ones, they’re not broken or in half,” he said.

“There’s partial spear tips at the museum, but no finished ones.

“They’re rarer now than they were 10 or 20 years ago, because no doubt people would have found them.”

Out of respect for Aboriginal tradition, the spearhead was re-buried on Rottnest Island.

Professor Collard said it was important to uphold the tradition of keeping Aboriginal artefacts in their resting place.

“To remove them from the island is a lawful matter,” he said.

“The other thing of course is that the original owner might follow you home and want it back.”

According to Professor Collard, the spearheads belonged to Indigenous prisoners held on the island between 1838 and 1931.

The spearheads were crafted from scrap glass pieces, and used to hunt fish, snakes and quokkas on Sundays.

Professor Collard said they were historically significant examples of Indigenous engineering, as old principles were used to make tools from new commodities, such as glass and ceramics.

“They are evidence of our Aboriginal men’s presence on the island,” he said.

“As historical icons, they demonstrate to us that the Aboriginal men were engaged in transitional cultural engineering.”

Professor Collard said finding the spearheads had given students the best educational experience.

“It’s real, it’s not an artificial experience,” he said.

“It really brings home the stories you can read about in the books.

“To be there firsthand finding it is a completely realistic and surreal experience for students.”