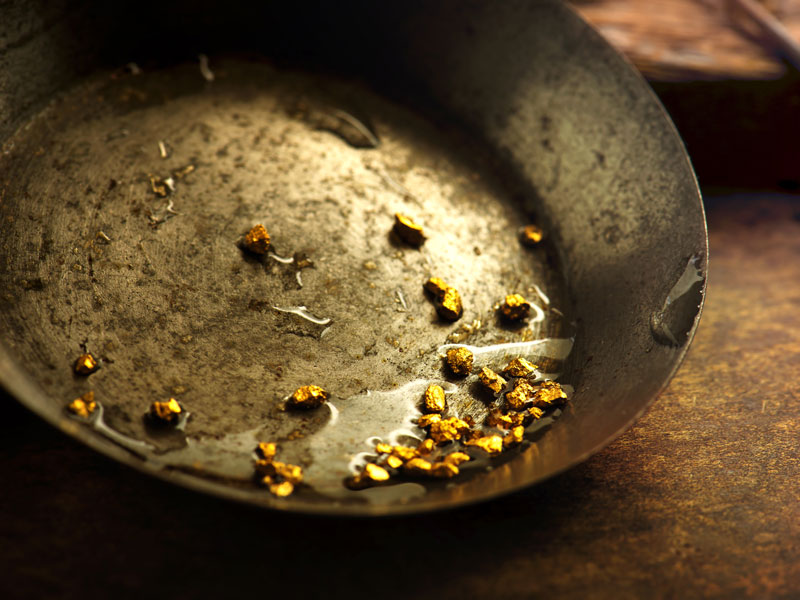 Police have arrested six children, aged nine to 14, over the theft of thousands of dollars’ worth of gold from a prospector in the Kimberley.

The collection of gold nuggets and filings were stolen from a woman’s home in Kununurra last Tuesday.

Police said about half of the collection had been recovered.

• Dentist who killed Cecil the lion will get away with it
• Spy flop: industry ‘unready’ to track your phone, web
• Witness alleges brutality in arrest of Texan councillor

Constable Trent Halliday said the woman went out during the afternoon and had left her front door open when the theft occurred.

“She’s quite devastated, as she’s had a number of years collecting gold and prospecting around Halls Creek,” he said.

“None of it was insured either, so she’s devastated, but still happy to receive some of it back.

“There’s been roughly about two ounces of gold recovered, so that’s about $3000, and that’s been nuggets as well as flakes in two vials.

“But there is an undisclosed amount of gold still missing that we’ve not been able to locate yet.”

Constable Halliday said the woman had a surveillance camera set up at the front of her house and this had helped police identify those believed to be responsible.

He said the nine-year-old boy was too young to be considered criminally responsible, but the older children had either been charged, or referred to a juvenile justice diversion program.

Constable Halliday said it appeared the children had little idea of what to do with the stolen gold.

“Juveniles at that age, gold would really have no value to them,” he said.

“There are no pawn shops in Kununurra here, and any gold that’s handed in to jewellery stores here would raise a lot of flags.

“So it’s unknown what their intention was to do with the gold.”