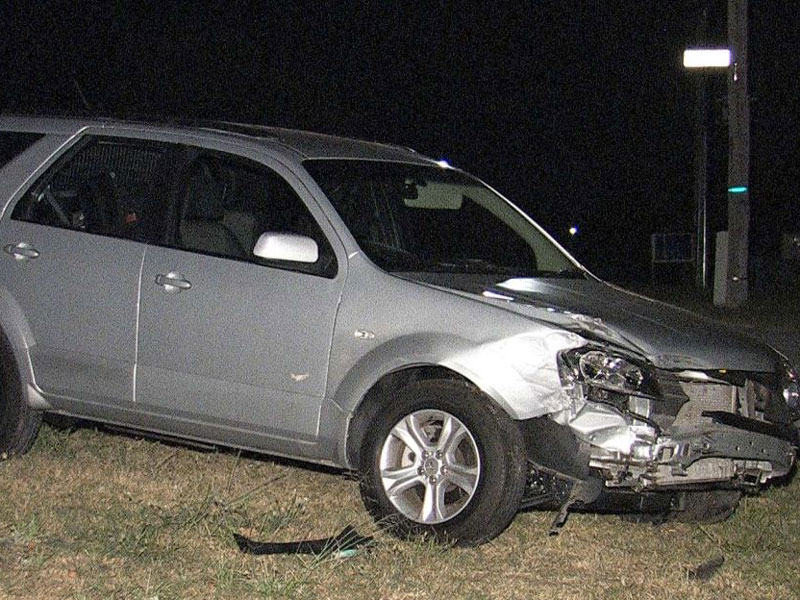 Police are hunting for a man who stole a car with a baby boy sleeping in the back in the Perth suburb of Willagee.

The boy’s father left the four-wheel drive running in the driveway of a home in Denien Street on Sunday night when a man believed to have been walking past the property jumped in the car and drove off.

Police said the father and his brother chased the vehicle on foot.

The offender crashed the car in nearby Wheyland Street before jumping over a fence and running away.

The baby was bleeding from his lip, but paramedics said he did not have any major injuries.

Police said it was extremely lucky he was not seriously hurt.

The vehicle suffered significant damage to the front end and a blown front tyre.

Police are planning to carry out forensic tests on the car in an attempt to identify the offender.

Stolen car crashes with baby in back