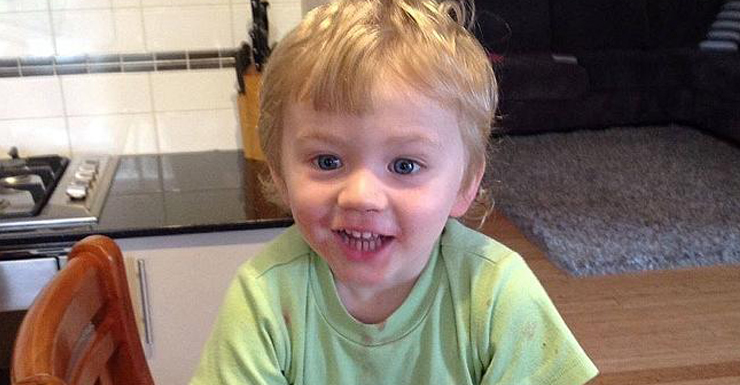 Police have begun a major land, river and air search for a missing Perth toddler who wandered off after tradesmen allegedly left the door open at his family home.

Two-year-old Sam Trott disappeared from the family home in Landsdale in Perth’s northern suburbs on Monday morning at around 10.30am.

• The tragic case of the missing superhero
• US boy, 13, found behind fake wall after four years

State Emergency Service workers and volunteers continued the search into Monday evening, scouring backyards and local bushland for the boy.

“I understand the front door was left open briefly and he’s slipped away,” Mr Trott said.

He said the toddler may not respond to his name being called.

“We’re just hopeful at this moment he’s in somebody’s backyard, maybe sifting through a bit of sand or something.”

Mother Lyndal Trott said it only took seconds for her son to disappear from the family home.

“One minute he was there, and quite literally thirty seconds, and he was not there anymore,” Mrs Trott said.