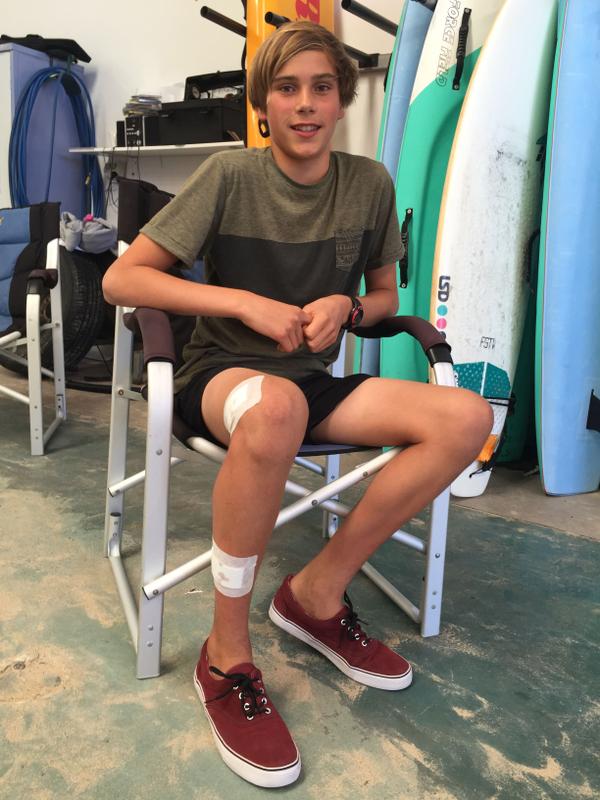 A teenage boy has been bitten by a shark while surfing off the West Australian coast.

Cameron Pearman was in the water off Pyramids Beach at Mandurah when the attack occurred, just after 6am on Saturday.

He suffered only minor injuries when the shark bit his leg and was treated by lifesavers at the scene, before leaving the beach.

“I was just sitting out the back waiting for a wave, and something hit me from behind and knocked me off my board and hit my leg,” he told the ABC.

The teenager then rode his bike 2km home, before his parents insisted he go to hospital.

“I had some breaky as well before I headed to the hospital,” Cameron said.

“Put some Betadine on it, had some food, went to the hospital.”

The shark was reportedly about two metres long and its species is unknown, the Department of Fisheries Western Australia said.

The beach has been closed by council and is expected to be shut for about 24 hours, with a vessel on site monitoring the area.

Boy bitten by shark in WA