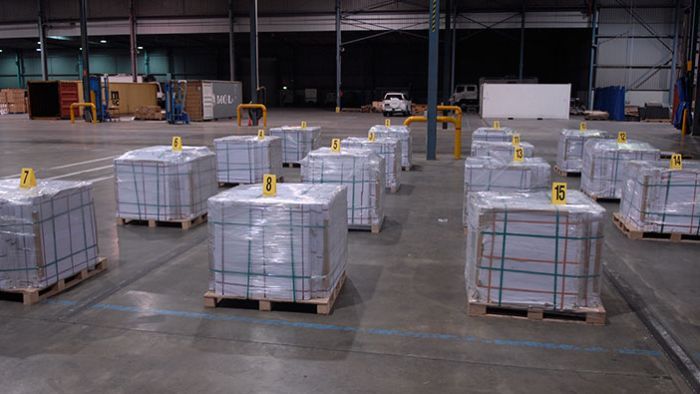 Police alleged the drugs were concealed within pallets of ceramic tiles.

A 22-year-old man has pleaded guilty to two charges stemming from a massive drug haul.

Chung Yin Tam was one of five people arrested after police intercepted 35 kilograms of methamphetamine in a sea container at Fremantle Port in January.

The drugs were concealed within ceramic tiles on a container imported from China.

Police said they had a street value of $13 million.

Tam today pleaded guilty in the Stirling Gardens Magistrates Court to illegally importing the drug and trafficking it.

He will be sentenced in the Supreme Court in December.

His four co-accused also appeared in court today and are due back in November.