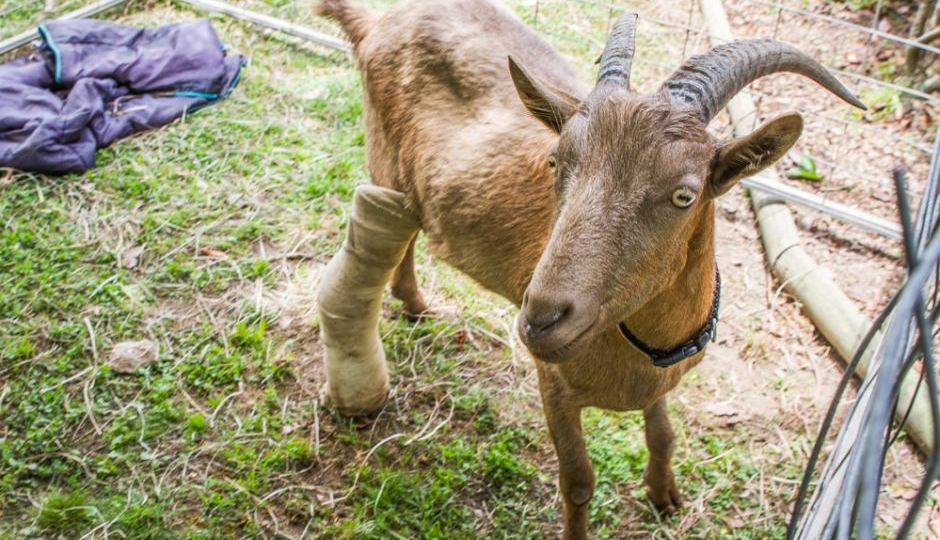 Goats' appetite for just about anything makes them superb weed whackers. Photo: AAP

A Melbourne council is deploying a crack team of cleanup experts to help a lizard species – a tribe of goats.

A City of Melbourne trial will see the goats feast on weeds at the 170-hectare Royal Park, regenerating habitat for the regionally significant White’s Skink lizard.

The lizards have called part of the park home for more than two decades, and are one of the only surviving populations in Melbourne, according to the council.

Weeds reduce the quality of their habitat as exotic grasses smother their basking sites, and the reptiles thrive in rocky habitats with complex understorey vegetation.

They also need open areas where they can soak in the sun, create burrows to dodge predators, reproduce, and hibernate.

The goats will move into seven fenced-off plots at Royal Park over the coming weeks, with eight additional plots left as control sites for comparison, the council said.

Eating themselves out of a job

The tribe won’t stick around for long, though, moving out in early spring.

Indigenous grasses will also be planted as part of the trial, conducted in partnership with the University of Melbourne, ahead of the White’s Skink population and habitat being measured again next autumn.

“We’re eager to see if the goats can work their grazing magic and help us improve the habitat for the White’s Skinks in this area of Royal Park,” acting lord mayor Nicholas Reece said.

“We’re not kidding about our important ecological systems. The scale of this project is enough to make a White’s Skink blush.”

Researchers hope the project will help them steer away from manual weeding and chemical herbicides, particularly as the area is difficult to access and maintain.