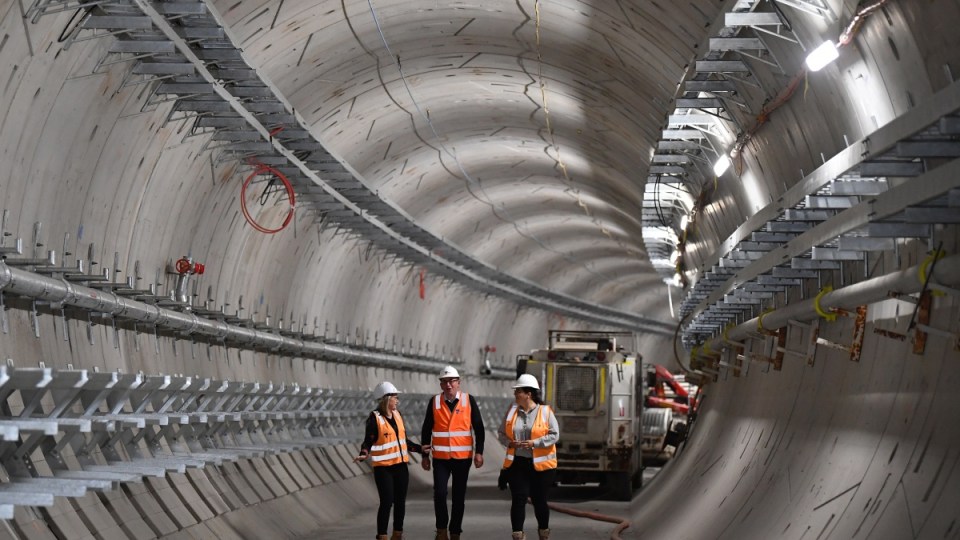 The Metro Tunnel project has a forecast overspend of more than $360 million. Photo: AAP

Melbourne’s Metro Tunnel project may need more money from the government, having used up almost all its risk contingency funds.

The project has a forecast $364 million overspend on its tunnels and stations, the Victorian Auditor-General’s Office found. However, that amount is offset by savings and descoped works in other areas of the project.

Rail Projects Victoria has spent or allocated almost all its $740 million in risk contingency funds for the project, the audit found.

It put that down to unplanned costs and “risk events” since the project started and said the lack of any more contingency funds was a “significant budget risk”.

Rail Projects Victoria advised the government in May this year it would likely require further funding in the two financial years following 2023 to deliver the full scope of the project and deal with potential contingency costs, the audit said.

At the time of the audit, the organisation had not sought extra funding from government to replenish its risk contingency funds.

The audit recommended the government review the project’s budget from the bottom up and determine how much more money it might need to get through; a proposition accepted by the government.

Along with the financial issues, the project poses a risk to medical and scientific equipment near two of its stations.

The audit found electromagnetic interference from trains could affect this equipment.

While there were plans to mitigate those risks, they should be implemented before train testing started in June of next year, the audit said.

The Department of Transport and Rail Projects Victoria agreed they would do as much.

Rail Projects Victoria also agreed to finalise its analysis of what could be done to mitigate the impacts of COVID-19, particularly when it came to delays.

The organisation was also looking at an acceleration proposal, and the audit said the government should be briefed on any cost implications for that.

Netflix will soon have ads, but it might not be what you think
Border Force: Elderly Canadian was packing $22m of ice in his luggage
Today's Stories