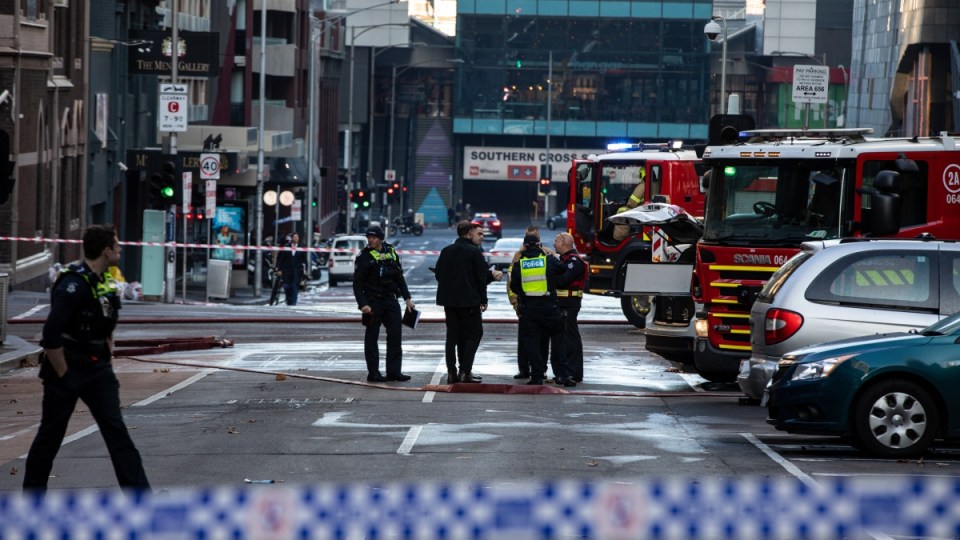 Fire crews were called to the former Goldfingers club just after 12am on Tuesday. Photo: AAP

Fire has gutted a former strip club in central Melbourne, closing off surrounding streets as emergency services deal with the clean-up.

Fire crews were called to the blaze at the former Goldfingers at the intersection of King street and Lonsdale streets just after 12am on Tuesday.

Emergency callers said they could see windows breaking because of the flames and fire crews found it had spread to two other three-storey buildings.

Fifty firefighters took 90 minutes to bring the blaze under control.

Fire Rescue Victoria said crews would stay for several hours to extinguish the fire and contain water run-off, keeping the intersection closed for some time.

Commander Matthew Blandford said they initially struggled to get inside the building because of its poor integrity.

“It’s probably one of the biggest fires we’ve had in Melbourne CBD for some time,” he told Melbourne radio 3AW.

Police are investigating the cause of the blaze.