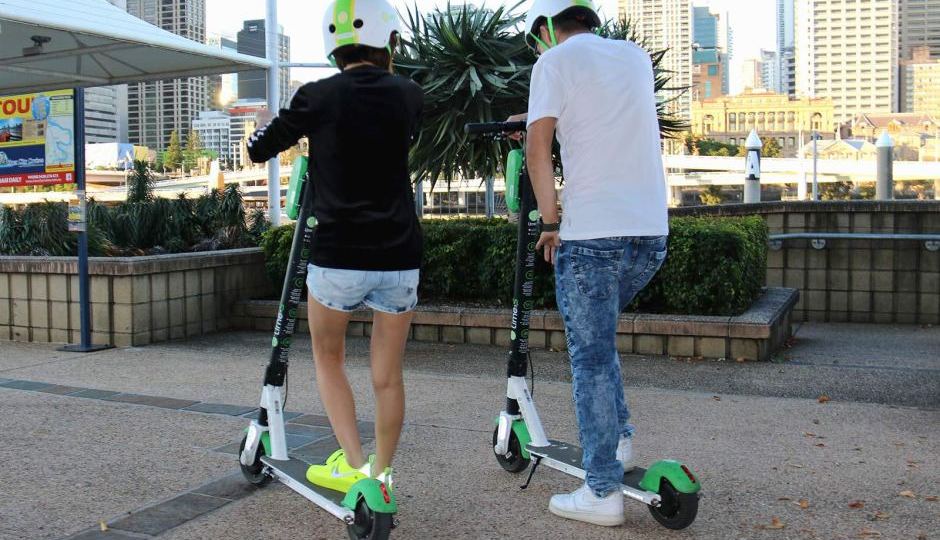 E-scooters are a lot of fun -- if riders obey the rules, that is.

A dark cloud hangs over Melbourne’s experiment with hire-by-the-hour e-scooters following the death of a 20-year-old rider who was hit by a car.

The stationwagon’s driver has been cleared of any wrongdoing, with police saying he was blameless in the tragedy and had also stopped to render assistance to the dying rider.

The tragedy unfolded on the Princes Highway in outer-suburban Narre Warren on Thursday and quickly drew an expression of concern from state health minister Martin Foley.

“As we’ve seen … this can be fatal. As we have seen in my own community, people riding on the footpath is dangerous,” he told reporters on Friday.

Melbourne is trialling an e-scooters rental scheme in the City of Melbourne, Port Phillip and Yarra, where riders can hire scooters for use in bike lanes, on low-speed roads and shared paths.

Mr Foley noted Narre Warren was not part of the trial.

“There are safety rules in place for this trial, please follow them,” he said.

VicRoads says many people have been riding e-scooters illegally on roads and footpaths, putting safety at risk.