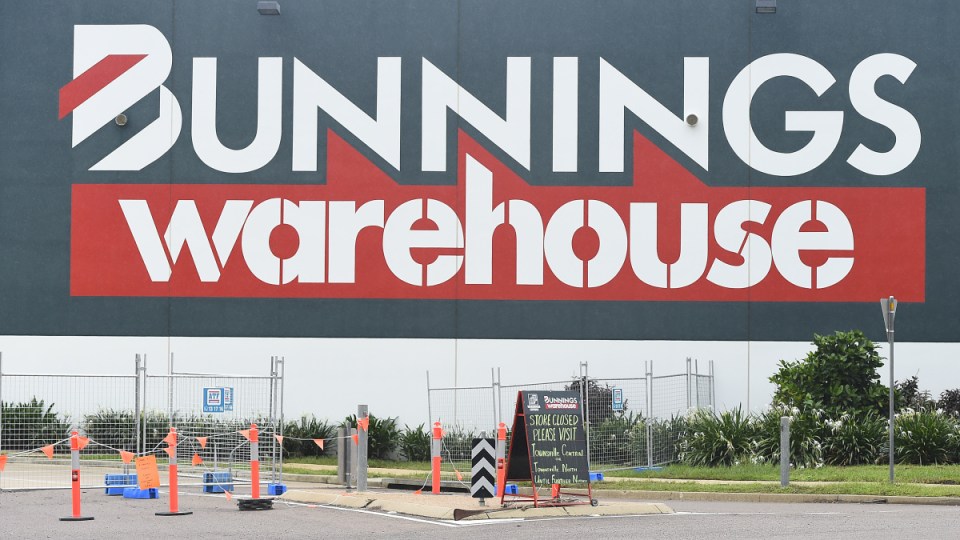 Bunnings will extended the mandated new rules to all its greater Sydney stores.

A Bunnings and a massive supermarket distribution centre in Melbourne’s COVID hotspots have closed after workers tested positive to the virus.

“We are following government health advice and our absolute focus is the health and safety of our team members and customers,” she said.

As a precaution we have conducted an additional deep clean of the store and we have briefed our team and we’re providing support and guidance.

“Team members who were in close contact are isolating at home.”

Elsewhere, Woolworths closed its West Footscray fulfilment centre – forcing the cancellation of some customer orders – after an employee was confirmed with the virus last week. The centre was closed for deep cleaning at the weekend.

The infected worker, who was asymptomatic and had mandatory temperature checks during all of their shifts, last worked there on July 1.

“We’re continuing to make contact with our CFC team members and will provide our full support to those required to self-isolate at home,” a Woolworths spokesperson said.

“As a result of the additional clean on Sunday night, we cancelled online delivery orders out of the West Footscray CFC this morning (Monday).”

Both West Footscray and Craigeburn are among dozens of suburbs in Melbourne that have returned to stage three restrictions until at least July 29 as coronavirus cases surge across the city.

Victoria confirmed 127 more cases on Monday – its highest daily tally so far during the pandemic. Premier Daniel Andrews also confirmed the state’s 21st death from the virus – a man in his 90s who died in a Melbourne hospital on Sunday night.

The new infections – the highest yet in the state during the coronavirus pandemic – include 34 connected to known outbreaks, 40 from routine testing and 53 still being investigated.

Other cases reported in Melbourne included workers at the Royal Melbourne and Alfred hospitals. There were also: