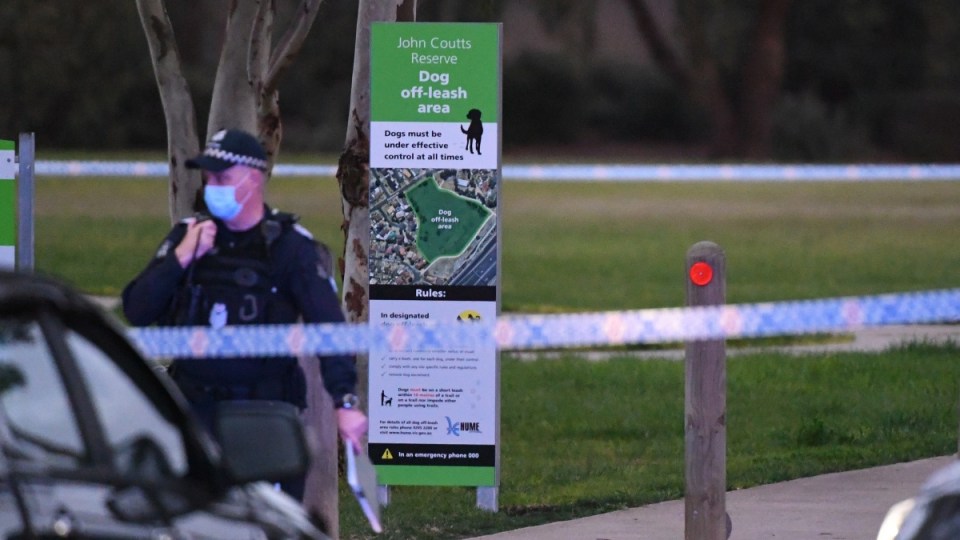 Family of a man who police shot dead in a reserve say they forgive the officer who killed him. Photo: AAP

The family of a man shot dead by police in Melbourne’s north say they forgive the officer who killed him.

Gabriel Messo, who had diagnosed bipolar, was stabbing his mother Lilla Messo in her head and neck with a stick at John Coutts Reserve on the afternoon of July 16, 2020, when two officers arrived at the scene.

The officer’s partner Senior Constable Rebecca Churcher told an inquest into Mr Messo’s death it was like he “didn’t even flinch” after the first shot, and advanced on them after the second.

Const Andrew was on Friday excused from giving witness testimony at the inquest because of risks of self-incrimination, and the amount of evidence already before the coroner.

Mr Messo’s family have lost faith in the mental health system, as the 30-year-old was brought to the Royal Melbourne Hospital under police guard the day before his death.

He appeared either drug-affected or in a psychotic episode when he was arrested after an incident at his aunt and uncle’s house earlier that morning, but was assessed as safe to be discharged.

His mother survived the attack at the reserve but now lives with an acquired brain injury. She is reminded of what happened every time she looks in the mirror, Mr Messo’s sister said.

Lilla Messo didn’t initially realise how she’d ended up in hospital, with her family telling her six weeks into her long recovery her son had died.

His sister said the system needs to be “flipped on its head”. Her brother also tried and failed to get in-person help for his mental health in the days leading up to his death.

“We know Gabby’s case is not the first, and if nothing changes, it won’t be the last,” she told State Coroner John Cain.

“We hope that they take a good look at themselves and learn from their mistakes.

“They get to travel the world and live their lives – Gabby does not.”

Her family couldn’t comprehend why police released Mr Messo, and why he was not offered adequate assistance for his mental health.

When Mr Messo was unwell, that wasn’t his true nature, his sister said. Instead, her family would remember him as a fun-loving, energetic, genuine person, who loved them unconditionally.

“Gabby won’t be here for my wedding,” she said.

“He won’t have an opportunity to be an uncle to any nephews or nieces, let alone have children of his own.

“His life was taken too early.”

Fuat Messo said his wife Lilla lights a candle for their son every day, and they pray for him day and night.

He told the coroner that, when people and organisations “drop the baton”, it can result in permanent scars, and on the day of his son’s death, he believes he was frustrated with life.

His family forgive Const Andrew, Fuat Messo said, and acknowledge Sen Const Churcher, for they were only trying to do their best.

Evidence in the inquest into Mr Messo’s death wrapped up on Friday, with the parties to reconvene in September.