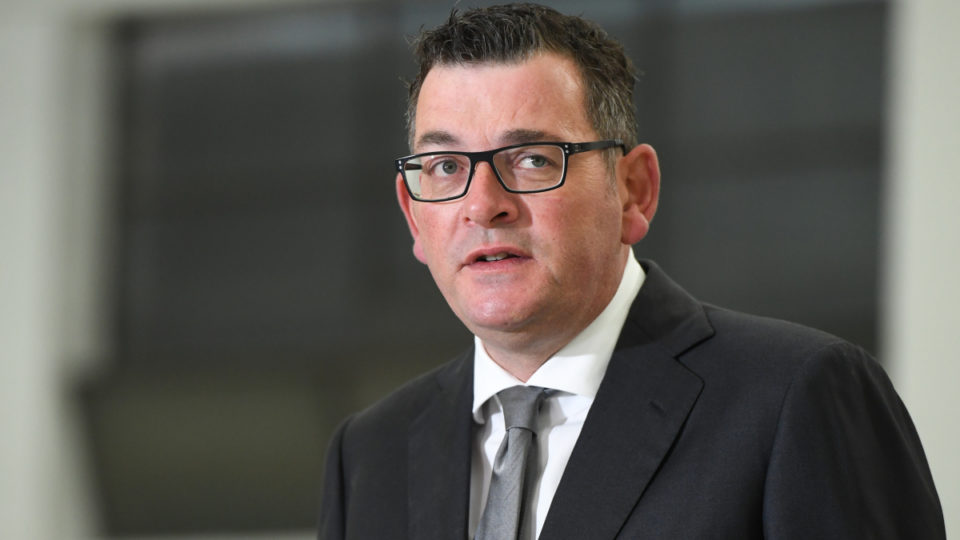 In response to the report, Daniel Andrews says his government will also set up an ethics committee. Photo: AAP

An integrity commissioner will be established in the Victorian parliament as a result of an inquiry into Victorian Labor’s “egregious” misuse of taxpayer resources.

The report, published on Wednesday, found there was deliberate, extensive and “egregious” misuse of taxpayer resources within the Victorian Labor party.

The watchdogs considered whether the identified misconduct constituted criminal offending that should be referred to the Director of Public Prosecutions and ultimately opted against it.

Within hours of the report’s release, Premier Daniel Andrews announced his government accepted the recommendations and would establish a parliamentary integrity commissioner and ethics committee.

Additional measures will also be introduced, including ensuring party memberships are paid by traceable means and mandatory photo ID checks for new members.

“The report tabled today shows absolutely disgraceful behaviour. Behaviour that does not meet my expectations or the expectations of hard-working members of the Victorian community,” Mr Andrews said on Wednesday.

“As leader of the party and leader of our state, I take full responsibility for that conduct. That is what the top job is about and I apologise for it.”

The practice, known as branch stacking, is not illegal but against Labor party rules.

Mr Somyurek quit the party in June 2020 before he could be expelled following the reports.

The report determined Mr Somyurek and Ms Kairouz breached elements of the ministerial and MPs codes of conduct but made no adverse findings against Mr Andrews and other witnesses.

They found branch stacking was not limited to one Victorian Labor faction but evidence of misconduct only concerned the party’s moderate faction.

In all, Mr Somyurek and six other witnesses were questioned in public hearings and another 26 in private, including Mr Andrews.

He has previously refused to confirm if he was interviewed or comment on the probe until the final report was released.

According to the report, Mr Andrews “agreed that the practice was not limited to one faction and occurred ‘across the board’ ” but he “denied any personal knowledge of or involvement in such practices”.

IBAC commissioner Robert Redlich said he was “not particularly troubled” by being unable to pursue criminal charges against Mr Somyurek and Ms Kairouz.

“Ultimately, one has to formulate a view about whether we think there’s a significant chance that prosecution would be successful and, as we’ve indicated, we’ve reached the conclusion it would not,” he said.

The 233-page report makes 21 recommendations, including legislating a parliamentary ethics committee, tightening the definition of permissible work for electorate officers and banning MPs from employing close family members in their electorate office.

The government banned electorate officers carrying out campaign duties during work hours in 2019 following Labor’s “red shirts” scandal but the new rules do not cover factional work outside of elections.

The proposed reforms should be seen as a package and “that one without the other will likely not be effective”, Mr Redlich said.

Asked if further inquiries might stem from what was uncovered during the Operation Watts investigation, Ombudsman Deborah Glass said the matter had concluded.