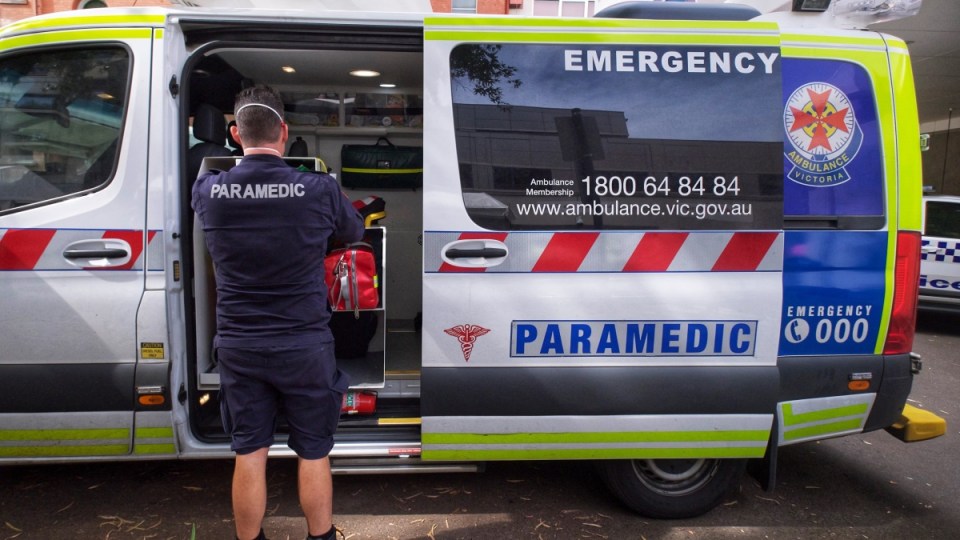 Ambulance Employees Australia Victoria has called for a review into the sector's performance. Photo: AAP

Victoria’s independent complaints agency is considering a request to review the state’s ailing ambulance service to establish the underlying cause of the crisis.

Ambulance Employees Australia Victoria (AEAV) wants the state’s ombudsman to initiate a wide ranging review into the sector’s performance after another “code red” at the weekend, the seventh this year.

Under the emergency declaration, Ambulance Victoria calls in off-duty staff, rapidly offloads patients at hospitals and sends non-emergency vehicles to respond to cases.

“There is no doubt that COVID has been the catalyst, but the root cause of the current issues is far more insidious,” he said on Thursday.

“If we don’t understand the underlying issues that led to the current crisis then how can the public or paramedics have any confidence that things will improve.”

The state government and Ambulance Victoria “cannot be trusted” to be honest about the cause of the crisis, Mr Adie said.

“Critical eyes need to look through the COVID smokescreen to find the real cause,” he said.

In a statement, the ombudsman said it is aware of the request to investigate Ambulance Victoria’s performance.

“The ombudsman is considering the matter,” it said.

Ambulance Victoria recorded its busiest quarter for time-critical code one cases amid the first Omicron wave from January to March, with 93,234 across that span.

The pandemic continues to have an “unprecedented impact” on domestic and international health systems, an Ambulance Victoria spokesperson said.

“Prior to the pandemic, Ambulance Victoria’s response performance was the best in our history and we have since responded to increasing demand, including our two busiest ever quarters,” they said.

The Victorian government recruited an additional 700 paramedics in 2021 and 200 so far this year to cater for surging demand and prop up the workforce, acting premier Jacinta Allan said.

“Our ambulance system is outstanding,” she told reporters.

But opposition health spokeswoman Georgie Crozier backed the paramedic-led call for a review, saying they have been on the frontline of the crisis.

“This is years in the making. It’s not just because of COVID,” she said.

In response to “continued and systematic underperformance”, ESTA will be rebranded and brought under government control.

A budget estimates hearing in May heard ESTA was responsible for 18 deaths of people waiting for an ambulance over the previous six months, with a further three attributed to paramedics not getting to patients on time.