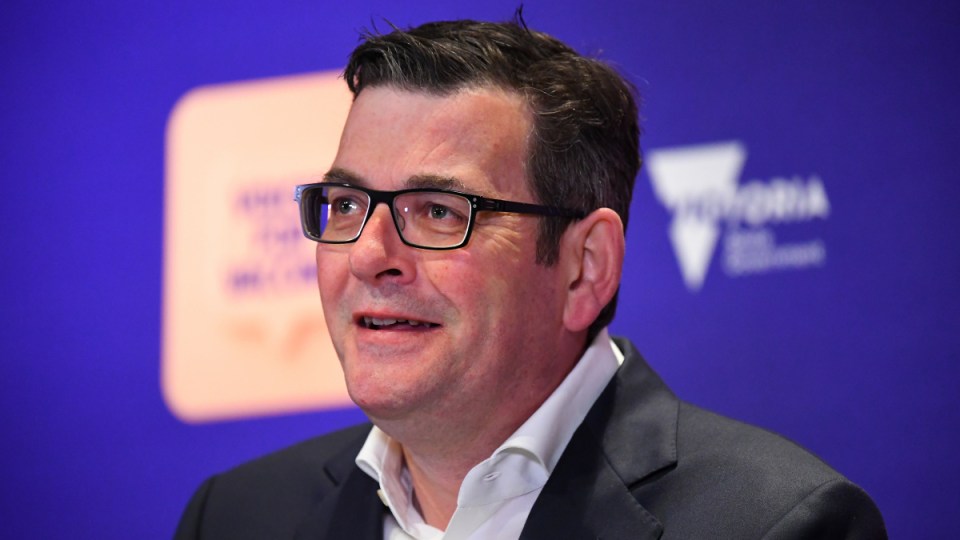 Daniel Andrews has good reason to smile now that his salary is nudging half a million dollars. Photo: AAP

Victorian Premier Daniel Andrews’ yearly pay package will inch closer to half a million dollars as part of a wage rise for all state MPs.

The annual base and additional salaries of Victorian parliament members, as well as their expense allowance, will lift 2.75 per cent from July 1 after a decision by the Victorian Independent Remuneration Tribunal.

That is marginally higher than the 2.5 per cent raise MPs were awarded for this financial year.

The latest ruling took into account recent pay increases of two to 2.75 per cent for Commonwealth, NSW and Queensland MPs, as well as other factors including Victoria’s fiscal position and economic trends, projected national inflation of seven per cent and the 5.2 per cent minimum wage rise.

“On balance … the tribunal has determined to increase the values of the basic salary for Victorian MPs, and the additional salaries and expense allowance for specified parliamentary office holders, by 2.75 per cent for 2022/23,” VIRT said.

With the same increase across parliamentary office holder roles, the premier’s annual pay package will rise to $464,918 including up to $58,435 in expense allowances.

“We don’t set our own pay,” he told reporters on Sunday.

He vowed to donate his pay rise, and more, to charity last year but said he would not pressure fellow Labor parliamentarians to follow suit, as they did in 2020.

“Cath and I donate to lots of different causes and we normally do that without any fanfare or any show … as for everybody else they can make their own judgments,” Mr Andrews said.

“It was appropriate for us to make some sort of special arrangements these last couple of years because the state was doing it so tough.”

His newly appointed deputy premier, Jacinta Allan, can claim as much as $395,757 in salary and expenses, if she remains in the post beyond the November state election.

On the other side of the aisle, Opposition Leader Matthew Guy would be able to recoup up to $370,782 over the next 12 months – the same amount as a government minister.

As well as a 2.75 per cent pay rise and general expense allowance, the tribunal has raised the amount MPs can claim for electorate and motor vehicle costs but not their maximum budget for international travel, commercial transport and parliamentary accommodation.

The tribunal will further review MP allowances as part of a comprehensive assessment next year.