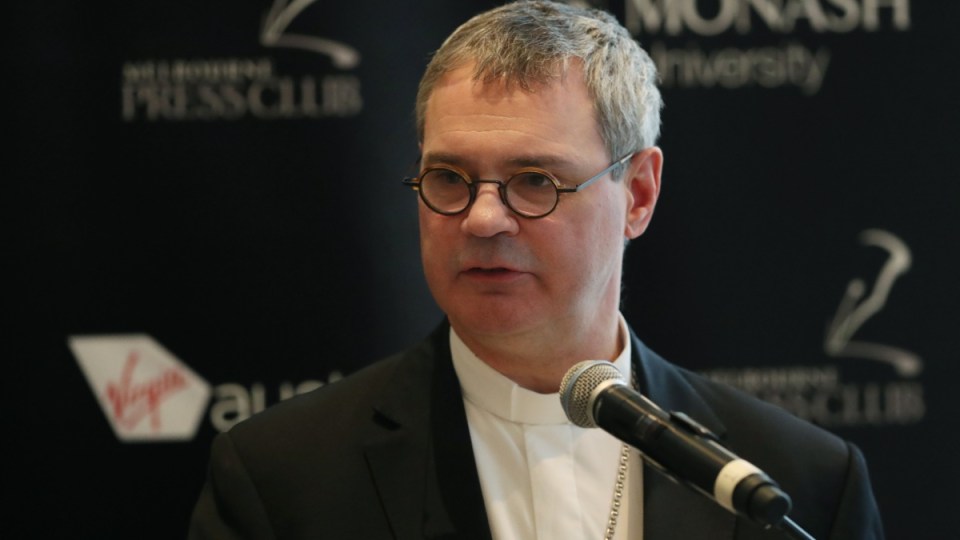 A former altar boy sexually abused by Victorian priest Desmond Gannon has been awarded nearly $2 million in damages in a civil case against Melbourne’s archbishop.

The sex abuse survivor, who cannot be named for legal reasons, brought the case against Peter Comensoli, claiming the Catholic Archdiocese of Melbourne was vicariously liable for his abuse.

The boy said that after Gannon first assaulted him, he felt like he was dead – that the priest had murdered him, and the little boy he used to be was gone forever.

He later contemplated suicide and abused alcohol as a way to numb his pain.

Victim was an altar boy and primary school pupil

Gannon assaulted the victim on three occasions between 1968 and 1970 while the child was an altar boy and a pupil at a Catholic primary school in regional Victoria.

The former priest was sentenced for those crimes in 2009.

On one occasion, Gannon drove the boy down dirt roads out to a remote area, where he molested and raped him. At the time, the boy was terrified Gannon would get a shovel, kill him and bury him.

The boy bled from the attack, and tried to hide it from his family in the following days.

On another occasion, Gannon’s abuse only stopped when he was interrupted by another altar boy arriving at church.

Lured with the promise of a cigarette

The victim managed to escape Gannon’s grasp on a third occasion when he lured him into a pump house with the promise of a cigarette.

Part of the victim’s claim was that, in about 1960, Gannon sexually abused another young Catholic boy. When the boy and his mother reported the abuse to a parish priest, he dismissed them and did nothing – essentially, on behalf of the archdiocese.

A Victorian judge on Thursday ruled the archdiocese’s negligence was one of the causes of the boy’s abuse, and therefore it was vicariously liable for it.

The judge assessed damages for the victim at more than $1.9 million.