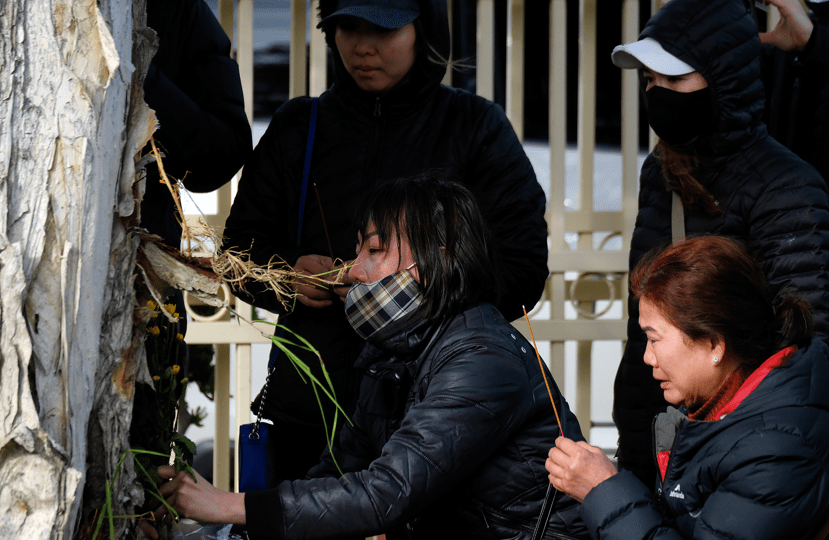 Grief-stricken family members and friends place their tributes near the spot where the child died. Photo: AAP Photo: AAP

A 73-year-old woman who handed herself in to police after a fatal hit-run crash in Melbourne’s west has been released.

The woman was arrested on Friday morning and interviewed by detectives before being released pending further inquiries, police said in a statement on Friday night.

Earlier grieving family members of the three-year-old boy killed gathered at the scene to lay tributes.

The boy ran onto McIntyre Road in Sunshine North after breaking away from his mother about 6.30pm on Thursday, police believe.

He was hit by a red sedan and dragged up to 30 metres, according to police. The driver failed to stop.

The boy was critically injured and taken to hospital, where he died overnight.

The red sedan has been hauled away aboard a truck and will be forensically tested.

The toddler’s mother is beside herself with grief, Superintendent John Fitzpatrick said.

Family members wept in the street and placed a photo of the boy on a tree near the crash scene, along with flowers and other tributes on Friday.

Police have asked anyone with information to contact Crime Stoppers.