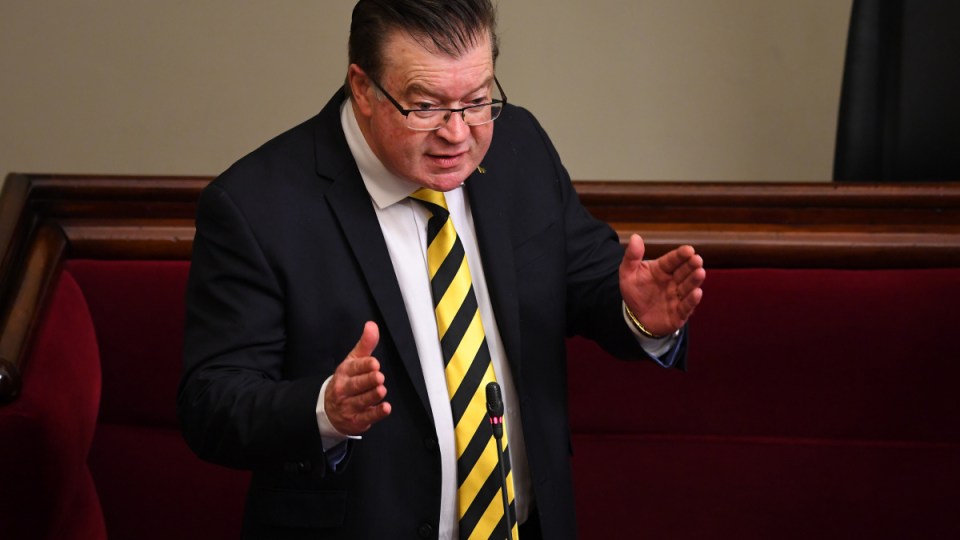 Victorian Liberal MP Bernie Finn has been expelled from the parliamentary party from today. Photo: AAP

Polarising Victorian MP Bernie Finn has declared the state Liberal party is “dead” after he was booted to the cross bench for controversial social media posts.

A motion to expel the upper house MP from the state’s parliamentary Liberal Party was passed by his colleagues on Tuesday morning.

Mr Finn came under fire in early May after posting on Facebook he was “praying” for abortion to be banned in Victoria when it emerged the US Supreme Court could overturn its landmark Roe v Wade decision.

He later told an online user he did not support abortion in cases of rape, drawing the ire of colleagues including state Liberal leader Matthew Guy.

It is understood coalition MPs were also furious with the timing of his comments, which emerged the day of the opposition’s budget reply.

His party leader insisted Mr Finn was expelled because of his behaviour, not beliefs.

“I want to make it that this motion is about respectful discourse. It is … not about naval-gazing from the federal election or other issues,” Mr Guy told reporters after the vote.

“In many ways it is disappointing that it has come to this. But I expect discipline from all member of the parliamentary party.”

Mr Finn did not show up to lobby his party room colleagues for clemency and instead addressed supporters on the front steps of Victorian parliament, who gave him a hero’s welcome.

After joining the Liberal Party more than 41 years ago, he said the party he knew was “dead”.

“The party of Menzies and Howard is no more – not in Victoria. Victoria used to be the jewel in the Liberal crown,” he said.

“If you hold a view opposite or different from the leader in this party you run the risk of expulsion. I have done nothing wrong.

The Western Metropolitan MP said he would consider running in the same region at the November state election after being approached by six or seven minor parties, including the Liberal Democrats.

Mr Finn, who remains a member of the Liberal Party proper, would not rule out forming his own party or joining another before the election.

“I was seriously thinking about retiring at this election … and this has given me a new lease on life so thank you Matthew Guy.”

He has repeatedly stoked online controversy in recent years, depicting the premier as a Nazi, calling Victoria Police a “despot’s militia” and posting pro-Trump conspiracy theories.