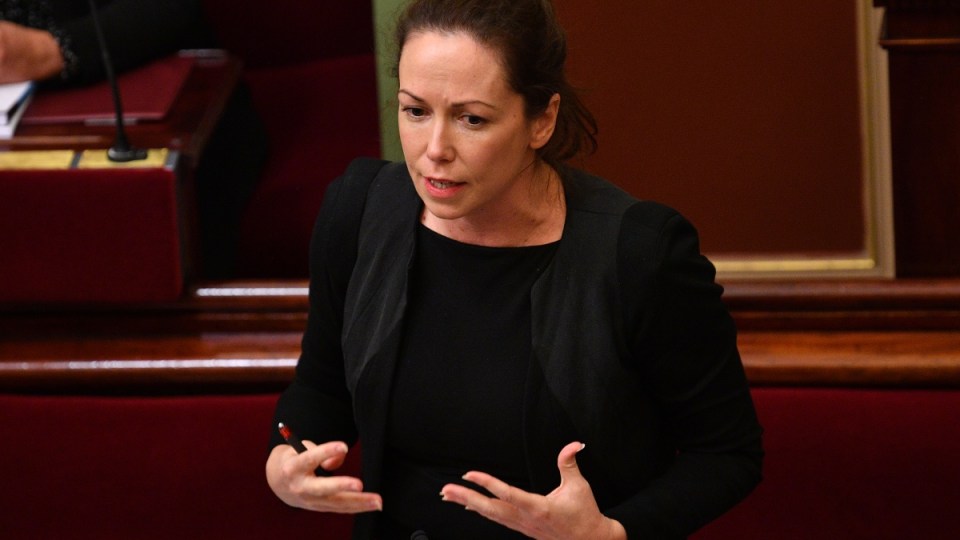 Victoria is poised to become the first Australian state or territory to ban the public display of the Nazi swastika in a “thunderous blow” to white supremacists.

The Victorian government introduced legislation into parliament on Wednesday banning intentional public displays of the Nazi symbol across the state.

The Summary Offences Amendment Act (Nazi Symbol Protection) Bill is expected to pass both houses with bi-partisan support and only applies to the Nazi swastika, also known as the Hakenkreuz.

Religious versions of the symbol tied to Hindu, Buddhist and Jain faiths will remain legal.

There will also be exemptions for historical, educational and artistic purposes, while memorabilia bearing the Nazi swastika can still be traded as long as the symbol is covered when on public display.

Attorney-General Jaclyn Symes described the legislation, which does not cover online displays of the hate insignia, as a landmark in the fight against hatred.

“We know that this is a symbol of hate and it promotes anti-Semitism,” she told reporters.

Those caught breaking the law face up to one year in prison and a $22,000 fine, although people will only be charged if they do not comply with a police directive to remove the symbol.

Ms Symes said there is scope to add other Nazi and hate symbols, such as the SS Bolts.

“If people do start to pivot to other hate symbols to get around the law … that’s something that we’ll certainly look at,” she said.

Nazi symbols have been graffitied on political candidate signs in Victoria during the federal election campaign, while a group of neo-Nazis were recently kicked out of a Melbourne venue for celebrating Adolf Hitler’s birthday with a swastika-emblazoned cake.

Police were also powerless to stop a neo-Nazi music festival in 2019, as well as a couple flying a red and black Nazi flag over their Beulah property the following year.

In early 2021, a parliamentary inquiry recommended the ban along with extending the state’s anti-vilification laws beyond race and religion – the latter of which the government has committed to review.

“This is an uplifting and triumphant moment for every Victorian,” he said of the bill.

“It’s a thunderous blow to the solar plexus of the neo-Nazi movement here in Victoria, who would love nothing more than to put people like myself in the gas chambers and dream of an Australian Hitler and a Fourth Reich.”

Jewish Community Council of Victoria president Daniel Aghion said there had been a 37 per cent rise in anti-Semitic incidents across Australia over the past year.

He acknowledged the maximum penalties are unlikely to stop “malicious” actors but said the ban sends a strong message.

Once passed, the Nazi symbol ban will not come into effect until after a 12-month education campaign to raise awareness of the religious and cultural origins of the swastika.

NSW is preparing its own laws to ban the public display of Nazi symbols after it was unanimously recommended by a parliamentary inquiry in February.

Integrity bill earmarked for next month

No end to NSW train strikes as talks go on

NT teachers to strike over wages

NZ rescuers scramble to save dolphins