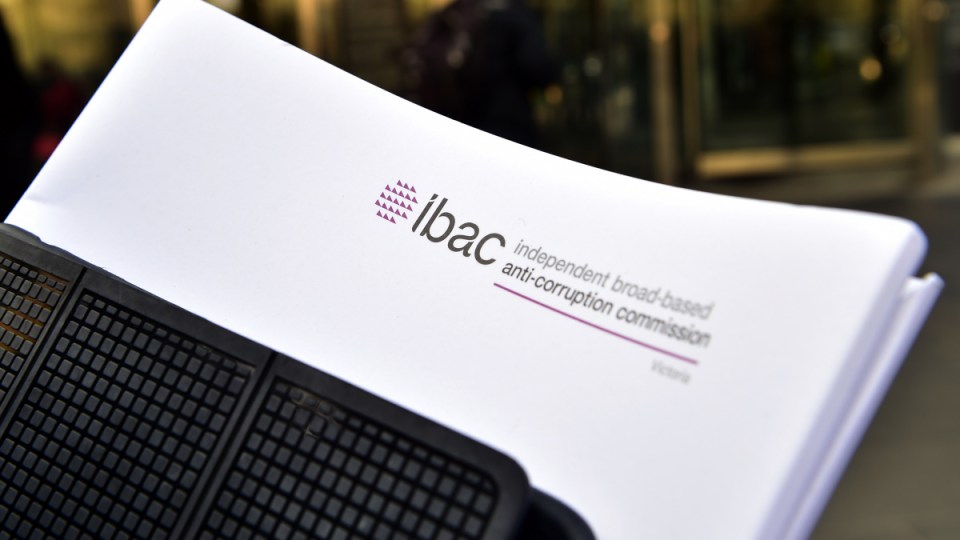 A Victoria Police officer is fighting allegations he improperly used his position to help people recover their debts, and received payment for his services.

A Chinese migration agent sparked a probe by the state’s anti-corruption watchdog when she complained she paid Detective Sergeant Dean Wayne and his associate, Bill Meletsis, $11,000 to recover a significant amount of money owed to one of her clients.

The agent alleged the detective conducted so-called “mediations” at Melbourne West Police Station between her and the alleged debtor, and also took a police statement from her.

She said her client’s money was never recovered.

The Independent Broad-Based Anti-Corruption Commission is looking into allegations including whether Det Sgt Wayne misused his position as a police officer and falsified evidence.

The commission is expected to hear evidence the detective allegedly improperly used Victoria Police’s database to get the contact details of parties in civil disputes and pass them on to those who paid him.

It will also look at the appropriateness of some of his relationships, including with underworld figure Mick Gatto.

On Tuesday at the first of the watchdog’s public hearings into the matter, Det Sgt Wayne said he was doing jobs with his longtime associate Mr Meletsis, and they did get larger and “more complex” over time.

However, he denied Mr Meletsis paid him for the jobs – instead, saying he would sometimes give him cash on an ad hoc basis, for example, to buy a bottle of wine, when they met up socially.

Det Sgt Wayne said he did raise with some parties to civil cases that it was a possibility they could be charged if they did not repay their debts. He denied ever accepting money from the migration agent.

Det Sgt Wayne said most of the $18,000 watchdog investigators found in a safe at his home came from him selling items including old red bricks, golf clubs, and a car.

Investigators also found $1300 in cash at his workplace.

Jacqui Munro: Time to home in on Indigenous Voice to Parliament
State’s $250 handout for all households
Today's Stories