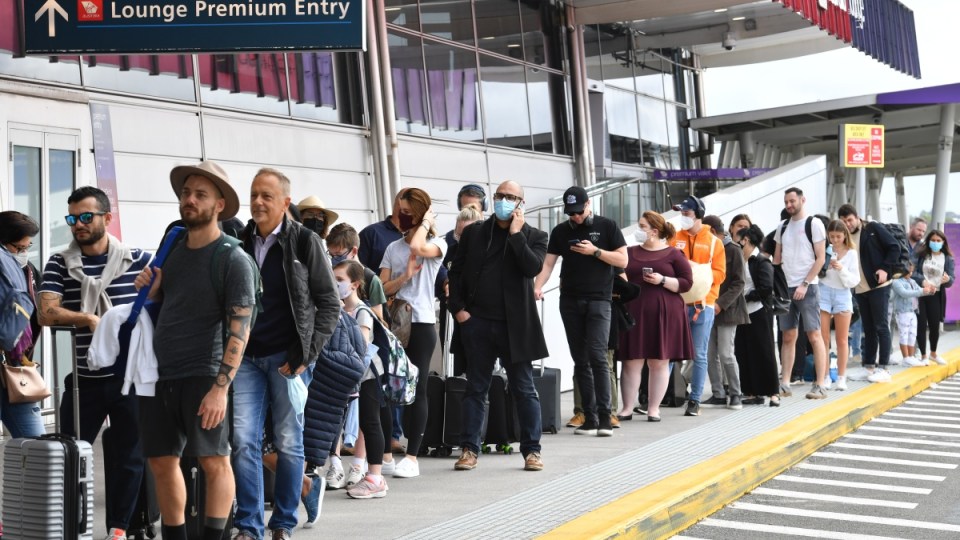 There have been long queues at Melbourne and Sydney airports in recent days. Photo: AAP

Victorian airline staff deemed COVID-19 close contacts but who do not have symptoms have been given the go-ahead to return to work.

That means workers who have no symptoms and return negative rapid antigen tests can still go to work.

Staff will need to take RATs for five days and will be obliged to continue to follow isolation rules while not at work.

If the worker develops symptoms or tests positive on a RAT, the exemption no longer applies.

The decision to allow asymptomatic COVID-19 close contacts to return to work came amid congestion at Melbourne airport as well.

Chief executive Lyell Strambi told the ABC the airport had endured its busiest period since before the pandemic in recent days, thanks to the return of the Australian Grand Prix and the Easter school holidays.

He said close contact isolation rules were contributing to staff shortages and delays.

“The people who work at the airport really do want to do the right thing,” he said on Tuesday morning.

“They’re doing the best they can. It is going to take some time to come out of this.”

On Tuesday, Victoria reported 10,293 cases of COVID-19. Twelve people died with the virus in the latest 24-hour reporting period.