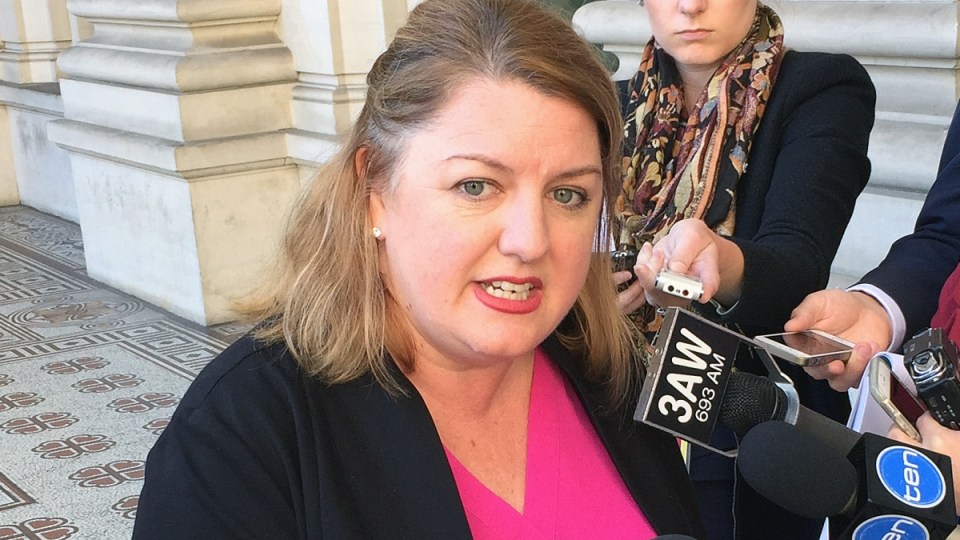 Landmark laws improving support for victims of crime will be introduced to Victorian parliament, as a new report calls for heavier penalties for “grab and drag” assaults.

The paper released on Wednesday by the Victorian Law Reform Commission wants “aggravating circumstance” to be added into the Crimes Act in assault cases where victims fear sexual assault may follow.

The need for the laws to fill the void between assault offences and assault with intent to commit a sexual offence was examined in response to a 2018 Melbourne attack, where a woman was grabbed and dragged into an alleyway.

Jackson Williams spent just 42 days in custody after he grabbed the nurse from behind, covered her mouth and pushed her to the ground before getting on top of her.

The commission recommended aggravating circumstance should come with an indictable charge and carry a maximum term of 10 years in prison.

It also urged courts to apply an objectivity test and take into account all particular circumstances around an assault.

“Conduct known in the media as ‘grab and drag’ is violent. The impacts can be serious and traumatic, especially if the person harmed believes they are about to be subjected to sexual violence,” the report says.

“The law should clearly recognise this conduct and treat it more seriously than it does now.”

The report was released on the same day the Victorian government announced it would transform victims of crime processes, giving upskirting, grooming and image-based abuse victims access to financial support for the first time.

Victim Support Minister Natalie Hutchins said the laws were the most significant change in the sector in 50 years.

“For many victims, going to a court-based tribunal exacerbates their trauma and far too many victims give up or just do not apply for the help they need. We’re fixing that,” she said.

Victims will no longer have to apply to the Victims of Crime Assistance Tribunal to have their applications determined, as it will be replaced by an administrative Financial Assistance Scheme.

The new scheme will simplify the process, removing the need for victims to attend a hearing or face perpetrators, while limits on sexual assault or family violence survivor claims will rise from two to 10 years.

The bill will recognise children exposed to family violence as victims in their own right and expand eligibility to Aboriginal kinship relationships and LGBTQI chosen families, while the practice of pooling financial assistance for bereaved families will be removed.

If the reforms pass through state parliament, the new process will begin from the second half of next year.