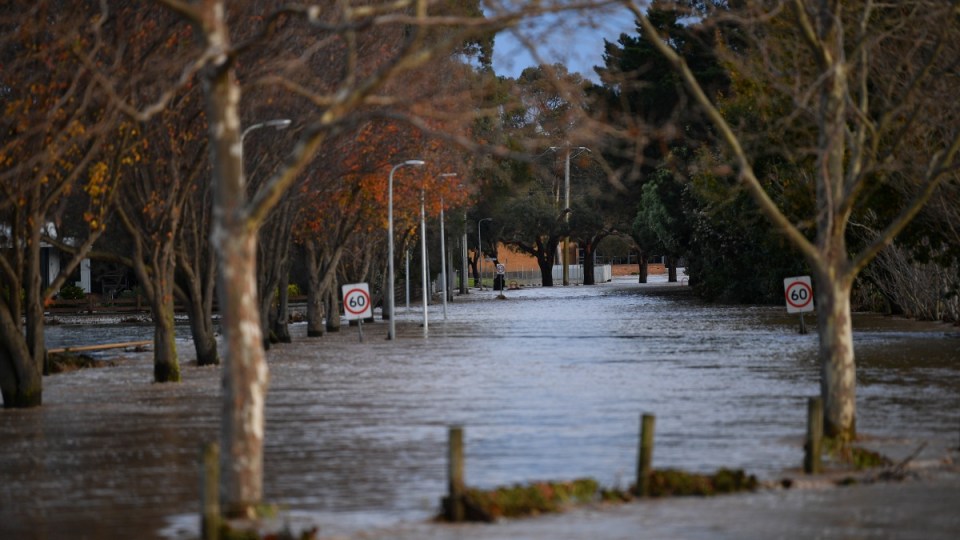 A driver in his 60s is missing after his vehicle became submerged in a river in Victoria's east. Photo: AAP

A Victorian man, 66, has died after his car became submerged in a swollen river in the state’s east, following days of heavy rain.

The Mirboo North man and his friend were in separate vehicles when he tried to cross a river at Thomson about 1.30pm on Monday.

He was crossing a river near Sullivan Track when his Nissan Patrol dropped into a deep section of the crossing and was swept away in floodwaters.

His friend tried to rescue him, before calling emergency services.

Police divers found the driver inside his submerged car on Tuesday morning and will prepare a report for the coroner.

Victoria’s east was hit with heavy rain over the weekend, with parts of Gippsland getting up to 280 millimetres.

Showers eased on Monday but another weather system will move over the east on Wednesday, bringing more rain.

Most flood warnings had been downgraded by Tuesday. However, there is still a moderate warning for the Mitchell River downstream of Glenaladale.